Post Views: 43
The newly created 13th Zonal Command of the Nigeria Police Force located at Ukpo, Dunukofia LGA of Anambra state today kick-started operations with an assurance to provide visible policing in line with the concept of community policing to citizens.
The Assistant Inspector-General of Police in charge of the zone, Mohammed Danmallam disclosed on Wednesday while briefing newsmen on the commencement of activities at the Zonal Command.
The AIG had earlier held a meeting with the Commissioners of Police of the three states under the command.
They include CP John Abang of Anambra, CP Ahmad Abdulrahman of Enugu and CP Philip Maku of Ebonyi State. 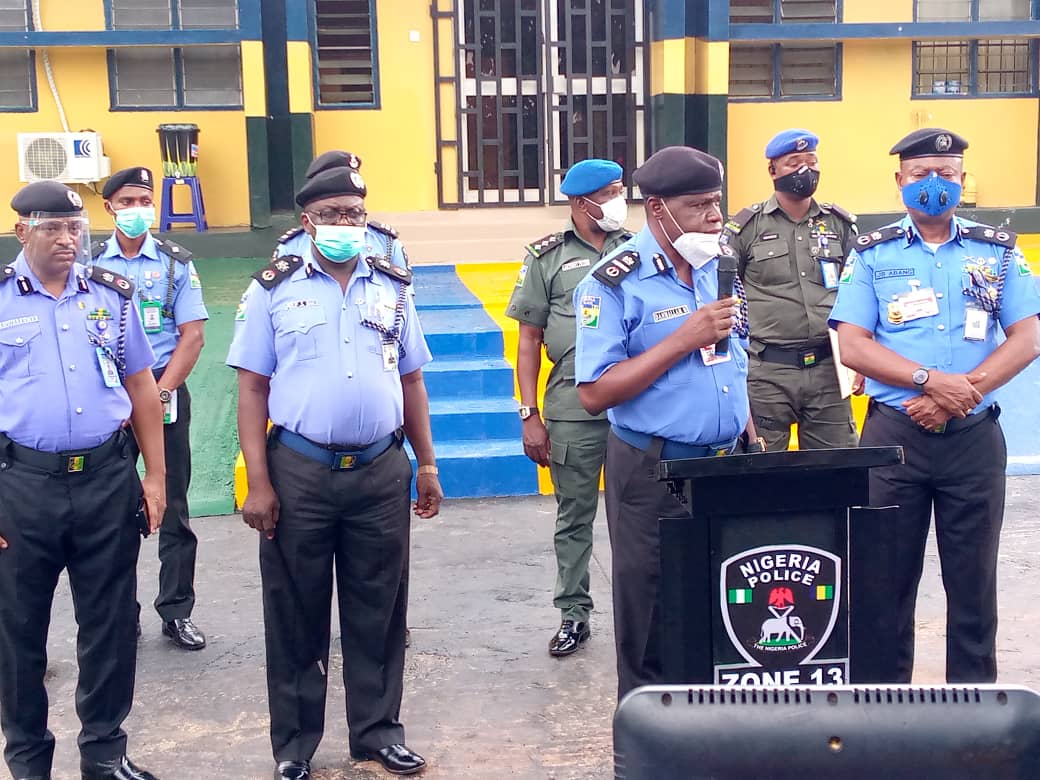 AIG Danmallam while addressing newsmen shortly afterwards, made it clear that under his watch, the Zone will have zero tolerance for illegal arrest and detention, torture, extrajudicial killings and extortion.
“We believe in constitutionalism, we believe in law and order and we believe in due process. The zone under my leadership will do its best within the ambits of the law to protect the rights of citizens in keeping with the stipulations on the fundamental human rights of the people. Zone 13 under my watch, is saying to torture, illegal arrest and detention, criminal extortion of money from citizens and extrajudicial killings,” AIG Danmallam promised.
On the issues of farmers/herders clashes, robbery and kidnapping, the Zone 13 Police Boss promised that he has evolved a strategy to address the challenges.
According to him, all that is required is the support and cooperation of the citizens in volunteering valuable information that will assist the Police to be on top of their game.
This he noted, is key to ensuring that the concept of community policing as envisioned by the Inspector General of Police, Mohammed Adamu is actualized in the zone.
“We will make sure that this zone is adequately covered through the cooperation of sister security agencies and the general public as anchored under the concept of community policing. We need valuable information to work and we are assuring the people that any information volunteered will be duly used and we will always protect their identity,” the AIG concluded.
Tags: extrajudicial killingsIllegal detentionNigeria Police ForceZone 13
ShareTweetSend