by Africa Music
in Music
0

A brand new afrobeats and dancehall music festival, “Lost In Riddim”, coming up in a couple of weeks from now will have Grammy award-winning music acts Burna Boy and Wizkid as its headliners, alongside other African pop stars like Tiwa Savage, Shenseea, and Koffee. Taking place October 2-3 in Sacramento, CA, the festival will also feature Tems, Rotimi, Mr Eazi, and much more.

“We created this event to not only showcase some of the most popular international music artists in the entire world, many of whom continued to be overlooked by major US music festivals but also create a unique celebration about the beauty of African culture,” said Festival Co-Founders, Fornati Kumeh and Jehu “Manny” Hunter in a statement.

Most recently, Wizkid announced the dates for his upcoming North American tour, which kicks off in September.

After the spell of Covid-19 strangulation of concerts, Wizkid and other top stars will finally be able to tour behind his monster 2020 album Made In Lagos — one of fans favourite albums of the year — in the United States and Canada. The dates begin September 10 in Boston and continue until October 12 in Atlanta. Next year, the superstar will head to Canada for January dates in Toronto and Montreal. Wizkid Made In Lagos tour dates include Brooklyn, Dallas, Houston, Minneapolis, Cleveland, Toronto and Montreal.

Recall that Wizkid’s forthcoming one-off show at the 02 Arena in London sold out within 12 minutes. Shortly after it was announced, fans were left scrambling to find leftover tickets. Some fans have even asked for a second date at the same venue. Fans who weren’t able to get tickets took their frustration to Twitter, with one even saying she was “crying” after being unable to purchase one.

The famous Nigerian singer becomes Africa’s most significant music act that has sold out 20,000 capacity O2 Arena in London in 12 minutes.

The 2021 concert would also be Wizkid’s sixth-time performance at the prestigious venue. Wizkid is scheduled to perform on November 28, 2021 as part of the O2’s Welcome Back lineup, with other acts such as Burna Boy and comedian Mo Gilligan also announced. 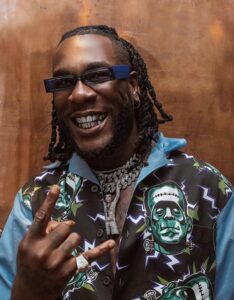 His song titled ‘Essence’ released on October 30, 2020 as the 11th track from his fourth studio album, ‘Made in Lagos’ has made it to the Billboard Hot 100 and Billboard Global 200.

That’s the first Nigerian song to have ever achieved such milestone in the prestigious music chart. In the original version, the ‘Ojuelegba’ crooner featured Tems on the vocals and had the track produced by P2J and the amazing Beatz. On Sunday, August 22, 2021, Wizkid’s smash hit single, ‘Essence’ was predicted to hit a new peak of 16 on the Billboard Hot 100. This was made known by a Twitter account, Wizkid Radio.

On the aforementioned date, the account wrote that, “Due to the remix with Justin Bieber, Essence received 23.2 million radio audiences in the US, with 87.3 thousand unit sales this week. Rises to 58% chart points and emerging as the highest gainer amongst 100 songs.” Predicted to reach a new peak of #16 on Billboard Hot 100.” This comes after the song hit #44 on the chart last week Monday, three days after the remix with Bieber was released. The Canadian superstar also shot his own video for the song.