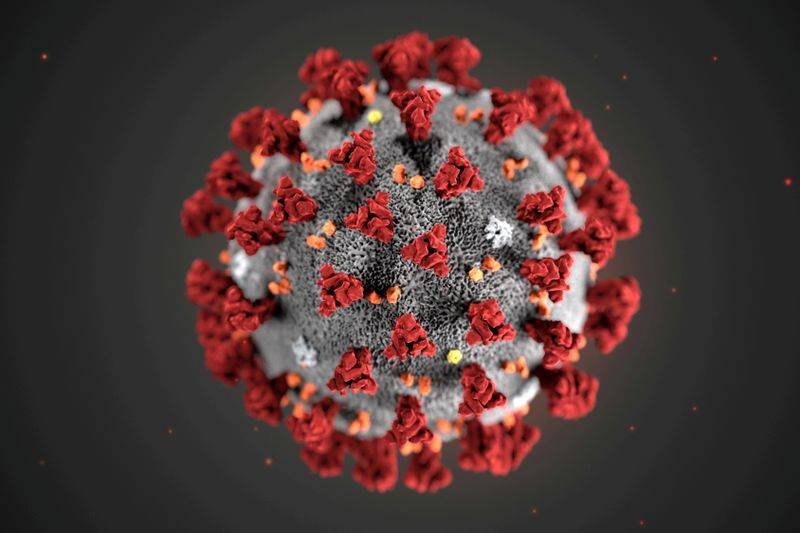 FILE PHOTO: The ultrastructural morphology exhibited by the 2019 Novel Coronavirus (2019-nCoV), which was identified as the cause of an outbreak of respiratory illness first detected in Wuhan, China, is seen in an illustration released by the Centers for Disease Control and Prevention (CDC) in Atlanta, Georgia, U.S. January 29, 2020. Alissa Eckert, MS; Dan Higgins, MAM/CDC/Handout via REUTERS.

Within 24 hours, the surging COVID-19 infection in Nigeria has claimed the lives of 20 of its citizens. With this development, the death toll in the country now stands at 709.

This is coming as the risk factors associated with the virus’ death, based on analyses of full pseudonymised health records of 17 million adults in England, have been reported in Nature.

According to the Nigeria Centre for Disease Control (NCDC), the tally of infections in the country also rose to 31,323 with 575 newly confirmed cases coming from 18 states of the federation on Friday.

The disease control agency says 31,323 cases have so far been confirmed in the country, 12,795 patients discharged, and 709 deaths recorded in 36 states of the federation and Abuja.

However, the study provides detailed information on the size of the risk associated with various pre-existing medical conditions, such as diabetes and obesity. Consistent with previous work, it also indicates a higher risk of death from COVID-19 for men, older people and people with greater deprivation.

Black and Asian people were also found to be at a higher risk of death; however, contrary to prior speculation, this increased risk was only partially attributable to pre-existing clinical risk factors and deprivation.

This is a substantial expansion of the authors’ initial findings on factors associated with 5,707 deaths in hospital, which were released to a preprint in May.

In line with previous studies, men had a greater (1.59-fold-higher) risk of COVID-19-related death than women, and age was also found to be a risk factor—people aged 80 or above had a 20-fold-increased risk compared to 50–59-year-old people, for example.

Black and South Asian people, and those of mixed background, were 1.62–1.88 times more likely to die with COVID-19 than white people, after taking into account their prior medical conditions.

The most deprived people in the cohort were 1.8 times more likely than the least deprived to die with COVID-19; clinical factors made only a small contribution to this risk, suggesting that social factors have a role.

Pre-existing medical conditions—including obesity (especially a BMI of over 40), diabetes, severe asthma, and respiratory, chronic heart, liver, neurological, and autoimmune diseases—were all found to be associated with an increased risk of COVID-19-related death.

The authors note that their reported effects should not necessarily be interpreted as causal. Smoking and hypertension both had a slight negative association with risk, for example, but the authors suggest that this could be a result of interactions with other clinical factors, and they note that further studies are needed to better understand these relationships.

The authors caution that as clinically suspected but unconfirmed cases of COVID-19 were included, some patients might have been incorrectly identified as having COVID-19 and, conversely, some deaths—particularly at earlier stages—might have been misclassified as non-COVID-19.

They also explain that the sample may not be fully representative (only 17% of general practices in London were included, for example) and that primary care records can sometimes be incomplete (ethnicity was missing for around 26% of individuals, for instance).