We will craft a homegrown, non-partisan 50-year plan for Anambra- Soludo assures

The final document of the awaited 50-year Development plan for Anambra State will be a homegrown and non-partisan document, Chairman of the Anambra Vision 2070 Committee, Professor Chukwuma Soludo says.

Professor Soludo disclosed this while addressing members of the committee at their ongoing 2-day plenary retreat holding at Golden Tulip Hotel, Agulu.

Anambra State Governor, Willie Obiano had inaugurated the 60-member committee on the 21st of November 2019, with the mandate to draft a 50-Year Development Plan for Anambra state and to bequeath the plan as a legacy to people of the state.

Ever since, there have been criticisms over the membership of the committee by some quarters who believe the composition cannot yield a non-partisan document, which will make the whole process a charade and total waste of state funds. 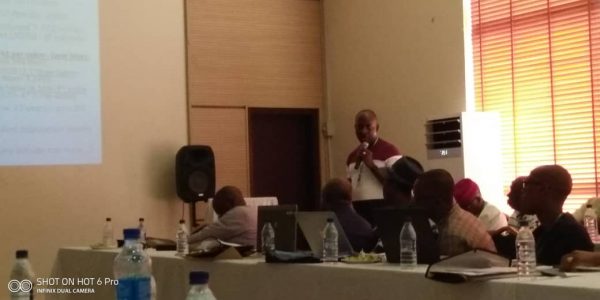 The Peoples Democratic Party (PDP) and the All Progressives Congress (APC), major opposition parties in the state, have also faulted the governor for waiting till the second year of his second term, to set up the Committee and their non-involvement in the setting up of the committee.

But in his remarks, Prof Soludo said the plan will be an all-inclusive Anambra Plan, not a plan of, and for any specific government or political party.

According to him, “It is a plan which successive governments can rely upon for strategic directions of policy, programmes, and regulations, and which Ndi Anambra may also use to evaluate future governments.”

While welcoming the participants, the Secretary of the Committee and Secretary to Anambra state government, Professor Solo Chukwulobelu encouraged the Committee members to diligently apply themselves during the two days in order to stimulate fruitful dialogue around the macro-economic background and premises for evidence-based projections and envisioning of the future of Anambra State.

Professor Chukwulobelu also charged them to critically examine successful models elsewhere that can be adapted to the envisaged Anambra destination futuristically.

In his words, “the economic, political, technological and social changes in the Nigerian and global environment have made it critical that Anambra state must engage in futuristic planning if it is to maintain global competitiveness.”

The plenary retreat is expected to end on Wednesday, 18th March 2020.