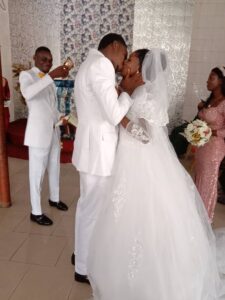 In the dignitary-laden ceremony, the elated couple thrilled their guests in well calculated dance steps and got the crowd leaping to their feet to applaud them. 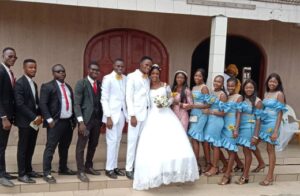 In a brief chat with Stanley Ugagbe of The News Chronicle, the joyful Josiah said “We have been friends since childhood and it was in 2016 that I approached her for a relationship and she eventually accepted my proposal in 2018.

“Getting married to her is the best thing that has ever happened to me. This is a testament that God answers prayers because this is what I prayed for. Words cannot actually describe how much I love her. I am a fulfilled man and I am so happy”. 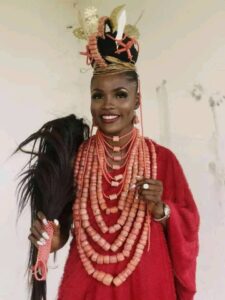 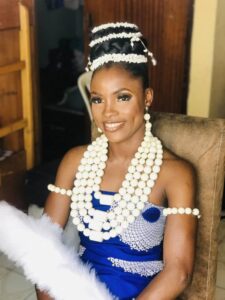 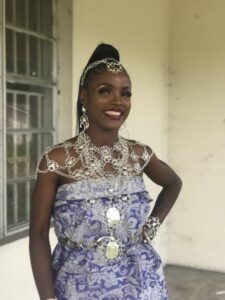 On her part, Josephine, who had smiles all over her face, while harping on why she chose Josiah, said “I accepted his proposal because he has everything I want in a man – the first being his Godly character. We have been friends since childhood so I know him very well. He is a faithful and God fearing man. He is gentle, loving and caring. To crown it all, he is the best thing that has ever happened to me”. 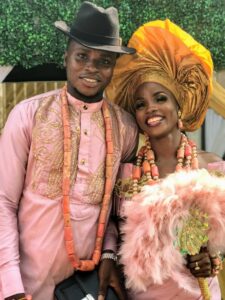 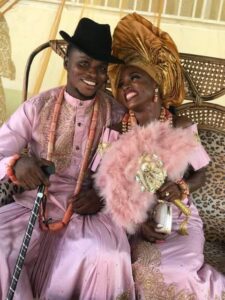 The elated coupled, while expressing gratitude to God for making the event a successful one, thanked their guests who came from far and near to rejoice with them.

When a ‘special’ Isn’t special