A Sienna Bus loaded with bags of weed suspected to be cannabis Sativa has been intercepted in Ogbodiukwu community in Umuahia South council area of Abia state.

The vehicle was impounded by the Abia State combined team of the COVID-19 TASK FORCE and youths of Ogbudiukwu.

Also recovered from the vehicle was the cash sum of one hundred and twenty thousand naira.

Confirming the incident, the Deputy Commissioner of Police, Operations in the State, Alfa Jibril said that the DPO in charge of Umuopara, Helen Nze Had led a team to hunt for the driver, who abandoned his vehicle and ran away.

The Secretary to Abia State Government, Barr. Chris Ezem said the investigation has shown the identity of the driver.
“We are aware of the owner of the hard drugs and the law will take its course. The government urges all to continue to support its efforts in the lockdown. It is the vigilance of the state covid19 team that yielded in this discovery and we commend them. 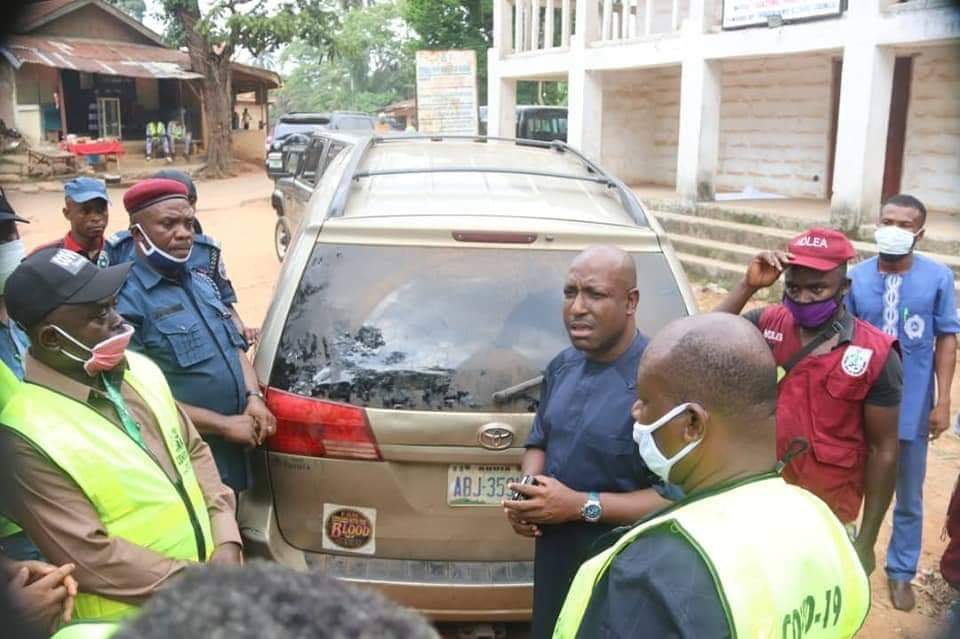 “We call on the youths to shun all forms of crime and live according to the laws of the land. The government also salutes the security agencies for the collaboration that resulted in the seizure of the illicit drugs,” Ezem said.

The SSG further maintained that the ban on inter-State travelling remains in force in the state, adding that defaulters will be prosecuted.

Also speaking, the State Commandant, National Drugs Law Enforcement Agency (NDLEA), Mr. Akinbede Bamidele revealed that the samples of the materials would be taken to Abuja for forensic analysis while trial would commence soon.