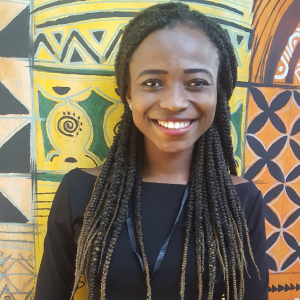 Even though dating gives you an insight on the kind of guys out there but then it can sometimes be exhausting especially when you are seriously searching for that “someone. At a point, you will be so frustrated that you’re willing to settle for anyone, overlooking certain qualities you actually don’t like just so you can finally say you’re in a relationship.

So, below are the types of guys that you should avoid dating:

This kind of guy can be charming, friendly, and mysterious and fun to be with but the only problem is that he is usually afraid of commitment. He is always quick to change the topic when you pop the question, “What are we doing exactly?” He will tell you to just enjoy the ride. I don’t think you would want to have that kind of guy around.

This kind of guy will love to control everything you do from the type of dress you should wear to the kind of friends you should hang out with. He can even go ahead and tell you what to order at the restaurant, what to talk about, what to say, how to act. He is so bossy that he can abuse you physically if things don’t go his way. Stay away from him!

This kind of guy is an underachiever. He is so lazy and has no aspirations. He is in his late twenties but he still lives with his parents. He doesn’t have a job, doesn’t have plans; he is the type of guy who will get out of bed just to pee and then go back to lying on the bed for the rest of the day surfing the internet, playing video games. He has no future. I don’t see any reson why you should be with this kind of guy.

Even though it is said that you will know a good guy by the way he treats his mother, but if he’s a mummy’s boy, then you have to say “no”. This kind of guy can never make a decision without consulting mom. If his mom is not comfortable with having you around, he wouldn’t waste time breaking up with you. This type of guy is a NO! NO!

This type of guy is a community dick who will lie, deceive, and slide his way into your skirt, as well as the skirts of all the other women in town. If you meet a guy who already has a girlfriend, but he cheats on her with you, get real. If he cheated with you, he will most likely cheat on you, too. Avoid this kind of guy at all costs. If there is anything to be valued in any relationship, it is loyalty.

Nothing is as irritating as having a stingy boyfriend. He finds it difficult to spend his money. And if you ever ask him for anything, you will have to give him thousands of reasons why you need that thing. He is the kind of guy that will take you out for dinner and tell you to mind the way you order food. If you are staying with this type of guy, I guarantee you, day in, day out, you guys will always be fighting for money.

This kind of guy is way too confident of himself that all he cares about is his looks, his reputation and being the center of the universe. He is the kind of guy that will do anything to protect his reputation even though it means hurting you. He usually picks offense if your opinion differs from his, because his opinion is truth. Seriously, he’s just exhausting to be around.

This kind of guy will text you first thing in the morning, call you more than five times in a day, talks for length, picks offense if you get tired of the calls. At first it will look very perfect until you realize that he’s actually clingy. Deep down, he’s insecure, so he needs you to constantly assure him that he’s worth something. Sure, the gestures might be nice, but can you really imagine yourself having to pamper your man 24/7 for the rest of your life? Think about it!

Dating a married guy is absolutely a big “NO!” It is a bad idea because firstly, he’s already taken. He made a commitment to someone through thick and thin, till death do them part. Secondly, how exactly do you think this will pan out for you? And what if his wife finds out? There’s just too much drama that you really shouldn’t be a part of. So stay away from him if he is married already.

You see, there are plenty of fish in the sea. There still are good, honest, smart, ambitious and hard-working men out there. So don’t lose hope. It might take time to find these good ones in the enormity of all the lazy, cheating, self-absorbed, needy, greedy, lying jerks that you see.

But don’t settle for any of the latter-mentioned guys, because you deserve so much more than what they can offer. That one good guy is out there waiting for you, even if he comes into your life when you least expect it.