Two dead, one amputated as bus crashes into truck in Anambra

A serious crash in Anambra between a tipper and a commercial bus has resulted in two deaths while another had his legs amputated and twelve others sustaining varying degrees of injuries.

The accident happened during a heavy downpour in the wee hours of Friday near Bako Hotel along Ihiala axis of the Onitsha-Owerri Expressway.

According to an eyewitness, the tipper driver was negotiating into his house when the bus with registration number NEN59XQ, suddenly rammed into it.

TNC further gathered that the crash was caused by Over-Speeding and Loss of Control.

Confirming the incident, the Public Education Officer of the Federal Road Safety Corps (FRSC), Anambra State, Pascal Anigbo said a total of fifteen people, including 10 adult males and 5 adult females were involved in the crash.

He said 12 people sustained serious injuries, out of which seven were rushed to Our Lady of Lourdes Hospital while the other Five victims were rushed to God’s Favour Hospital Okohia, both in Ihiala town. 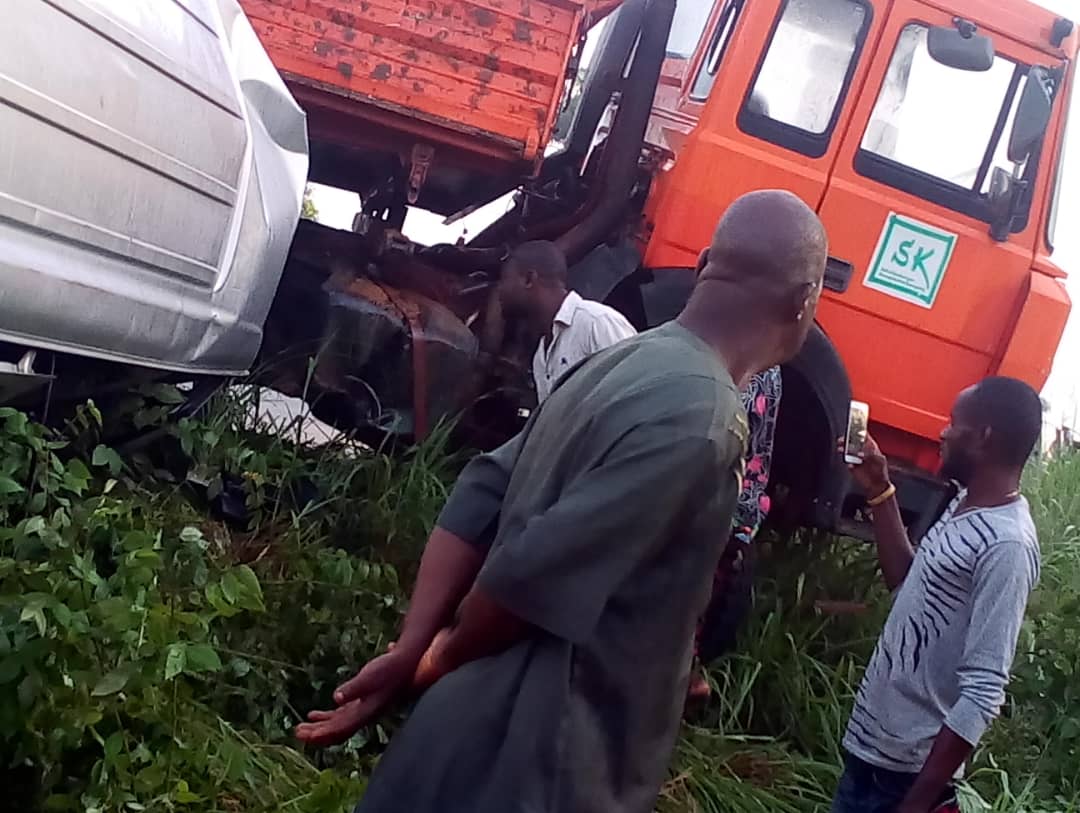 Anigbo further revealed that two victims, the driver whose leg was amputated in the crash and another victim has been confirmed dead by doctors at the hospital.

According to him, the rescue operation was jointly carried out by operatives of the Police, the DSS, FRSC and NSCDC.

“The FRSC Sector Commander, Anambra State, Andrew Kumapayi, strongly warns road users to obey the (8pm to 6am) curfew laid down by the Federal Government, to curb the spread of the ravaging coronavirus.

“He equally admonishes drivers to shun over-speeding and drive defensively at all times, as failure to adhere to stipulated road safety rules and regulations can only lead to avoidable road traffic mishaps,” Anigbo noted.