A brief synopsis/glimpse into the novel: Timebomb: Before The Spring Rains

Eziora is the third son of Ozubulu, the second largest in population amongst the four quarters of Ozubulu in Ekwusigo local government, Anambra state. She has her boundaries  with Ogbaru in the west, Oraifite in the North, Egbema In the East and Nnewi in the South. 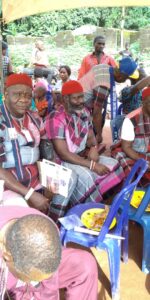 Iku izu Eziora Ozubulu is one of the unique cultural festivals established by our forefathers. The aim is to foster peace, love, Unity among brothers. Unlike Eziora, Amakwa, Egbema celebrates Asala, while Nza Celebrate Imoku. These are sister quarters. 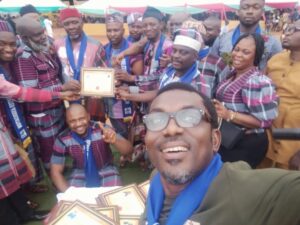 Iku izu celebration lasts for four days, mainly after farming season when hunger is expected to be on the increase. The festival is celebrated in anticipation for a bounty harvest.
During this festival, other sisters quarters visit for friendly interaction and to curb the effect of hunger in the land.
The festival is ushered on the eve of Nkwo day, people gather and dance to the tone of Egede Izu dance. It ends on the Eke day.
Both Christians and non Christians celebrate it. It is none fetish nor has diabolical meanings. 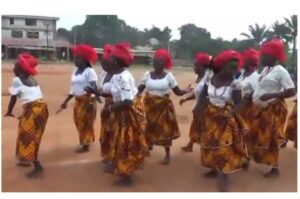 Formerly it was done in different quarters but today, all the activities are now crowned at the centre, usually, Eziora central School. Eziora is made up of eighteen kindred. But Ezehinne, Alam and Ezeanunwa are the major player in Egede Izu dance. Various kinds of masquerade are also featured.
Iku izu cultural festival is our heritage. It was last celebrated 15 years ago. Due to the uniqueness and the vital role it plays in fostering, peace, unity and progress amongst brothers. The present leadership led by Engr. Kenechukwu D. Anaehobi, his executives and cultural committee, thought it wise to revive this aspect of our culture that has almost gone extinction, for the good and interest of all. Iku izu Eziora is our cultural heritage.
Solomon Anagboso
Tags: anambraEzioraIku IzuOzubulu
ShareTweetSend

A brief synopsis/glimpse into the novel: Timebomb: Before The Spring Rains

When peace is Bedridden