The first day she cooked for me, I knew she is the one for me – Groom

Fragrance of love littered the City of Ughelli, Delta State last Saturday following a ‘talk of the town’ wedding as Iruoghene Samuel Obomovo tied the knot with his heartthrob, Sylvia Oghenebrorhie Ikeke in a grand style.

The lovebirds, Samuel, an indigene of Aviara Town in Isoko South Local Government and Sylvia, an indigene of Itavwagha Quarters in Ovwor-Olomu in Ughelli South L.G.A both of Delta State were declared husband and wife at St. Peter and Paul Catholic Church, Ughelli, before heading to Ojoduma Event Centre for reception. 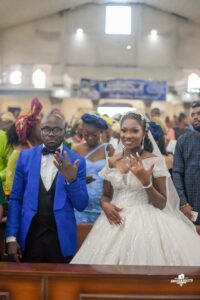 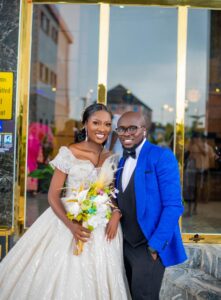 In the dignitary-laden ceremony, the elated couple thrilled their guests in well calculated dance steps and got the crowd leaping to their feet to applaud them.

In a brief chat with Stanley Ugagbe of The News Chronicle, the joyful Samuel said “I feel happy and complete getting married to the most wonderful woman I’ve ever met in life simply because she makes me happy and special”.

On how he met Sylvia and what attracted her to him, Samuel said “I met her at my Church at Ughelli, God’s Ambassador Ministry. She was invited to our couple’s dinner

“Her loyalty, wisdom and understanding, and the good food she cooked attracted her to me. The first day she cooked for me, I said to myself, it will be hard to see girls that cook delicious meal like this”.

When asked on how long they dated before tying the knots, Samuel “We dated for 2years and it has been a wonderful journey with her. She’s everything I want in a woman and with her, everything is achievable”. 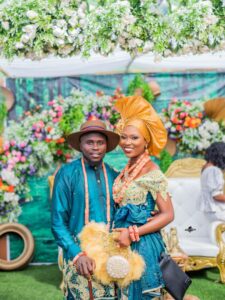 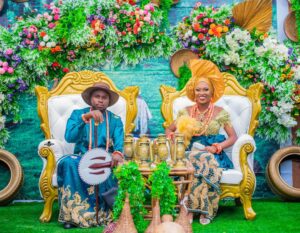 Some of Samuel’s Secondary School classmates’, who spoke to our correspondent, congratulated and wished the couple well on their marriage.

WHO: Nigeria, 29 Other Countries Have Highest TB Burden, It Killed 1.5 Million People in 2020