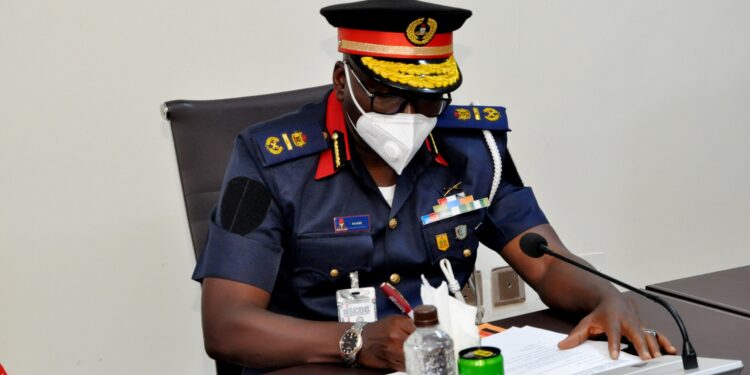 He said as Nigeria grapples with the challenges of terrorism, banditry, kidnapping and asymmetric warfare from invisible enemies among others, the quest to make a difference in this sector must drive practitioners to advance their internal security nationwide.

Spokesman for the Corps, Olusola Odumosu, said the civil defence high command was speaking while issuing 26 operation licenses to new private guard practitioners at the Corps’ national headquarters in Abuja, after scaling the hurdles of scrutiny and screening by the Corps and other security agencies concerned.

Audi who spoke through the Ag. Deputy Commandant General, Nnamdi Nwiyi, in charge of Crisis and Disaster Management who represented him at the event, admonished the new operatives to maximize the opportunity of the license approval.

He wants them to contribute their quota to the existing internal security architecture through value added operation and professional conduct aimed at proffering solution to the myriads of contemporary security challenges the country is facing today.

While congratulating the new entrants into the private security industry and reminded them of the huge role they have to play in combating insecurity without breaching any extant regulations, he also impressed it on them as stakeholders in the fight against crime and criminality in the country to provide credible information and intelligence to the Corps and other security agencies so that crime could be nipped in the bud.

As the sole regulator of the sector, Audi warned the private guard company operatives to abstain from illegal duties, possession of fire arms under any guise and the use of any uniform similar to that of an existing security agency.

He reiterated that the Corps has initiated a data profiling system to sanitize the sector by preventing the enlistment of miscreants, hoodlums, vagabonds, foreigners and other polarizing figures that may network within terror elements to compromise the country’s peace and security.

Insisting, he said, “as the nation grapples with the challenges of terrorism, banditry, kidnapping and asymmetric warfare from invisible enemies among others, the quest to make a difference in this sector must drive you to advance our internal security nationwide.

‘’You must give your best and work in synergy with the Corps to promote internal security while at the same time leveraging on your grassroot disposition and the application of modern technology to address some seemingly intractable security problems.”

He then appealed to the various operators to look seriously into the welfare of their guards in order to discourage them from compromising standards. 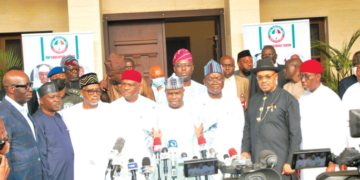 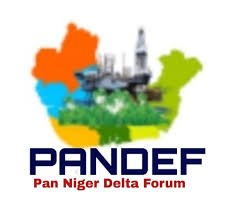 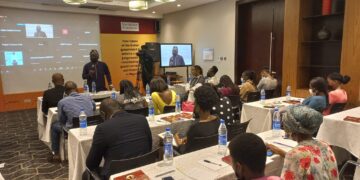 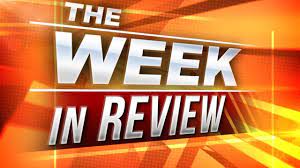