About 17 persons came out unscathed from a multiple crash that occurred just after the River Niger Bridgehead, Onitsha involving not less than eleven vehicles.

An eyewitness said the crash occurred when a Mack Truck with registration number JJT887XG, loaded with iron, developed break failure and lost control. 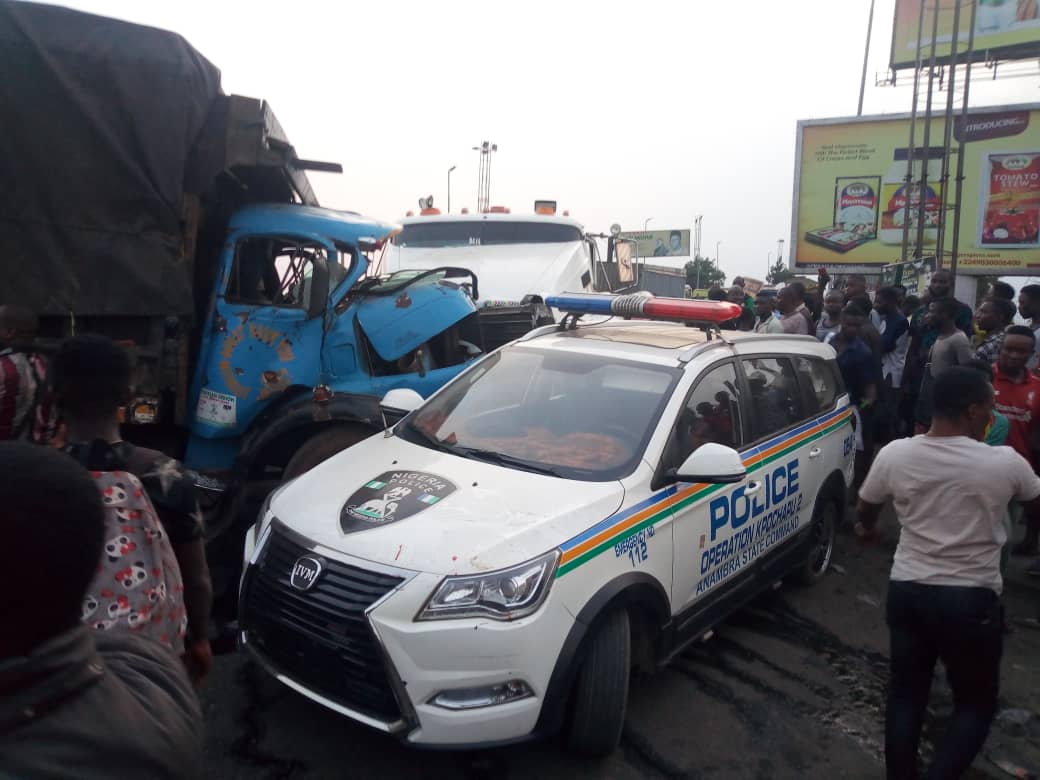 According to a statement on the incident by the Anambra Spokesperson of the Federal Road Safety Corps (FRSC), Pascal Anigbo, a total of Seventeen persons including 15 male and 2 female adults were involved in the crash.

It said no injury nor death was recorded as a result of the accident.

When the scene of the accident was visited, it was observed that all obstructions have been cleared by FRSC operatives from Onitsha Unit Command.
The truck that caused the crash had also been impounded at the Bridge Head Police Station.

According to the FRSC spokesperson, “The Sector Commander, Andrew Kumapayi admonishes all to stay at home to observe the lockdown which has been put in place to curb the spread of COVID-19. The Sector Commander reiterates the directives that any vehicle without authorisation or which does not belong to essential services will be impounded and the occupants prosecuted.”