The Pan African Parliament (PAP) on Monday opened its Third Ordinary Session of the Fifth Parliament in Midrand, South Africa, with a call from Rt. Hon. Roger Nkodo Dang, President of the PAP, for Africans to unite and tolerate one another to allow the Continent grow and progress in the right direction.

The PAP’s statutory meeting is being held under the African Union (AU) theme of 2019: “Refugees, Returnees and Internally Displaced Persons: Towards Durable Solutions to Forced Displacement in Africa.’’

In his opening remarks, Dang said: “I understand that there are challenges which we are facing as Africans. Those challenges are affecting all of us, but if we are to unite and tolerate one another we will prosper. We are also facing strong hate amongst one another as Africans, this must stop. We need one another to defeat all forms of hate and issues stemming out of it. Africans fighting other Africans should be condemned and eradicated permanently.”

Guest of Honour at the opening ceremony, Rt. Hon. Jeanine Mabunda Lioko, Speaker of the National Assembly of the Democratic Republic of Congo (DRC) advised that development strategies should align with the Agenda 2063 to transform the African continent into a world power. 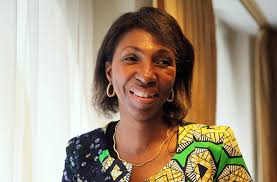 The DRC NASS Speaker commended the AU’s proclamation of 2019 as the year of Refugees, Returnees & Internally Displaced Persons, noting that it echoes the aspiration of the African people.

“Armed conflict, poverty and unemployment are major reasons for people to be displaced and I am here to express solidarity with Africans who are affected by these challenges. The AU theme speaks to the issue of displaced citizens and my hope is that receiving countries will ensure greater protection for this vulnerable group of our people,” Mabunda Lioko said.

In a solidarity address delivered at the PAP’s opening ceremony for the Third Ordinary Session of the fifth Parliament, Japan Ambassador to the AU, Mr. Fumio Shimizu, pledged his country’s continued support to the African continental parliament while equally lauding the African Continental Free Trade Agreement (AfCFTA) as a historic milestone.

He said: “Japan and Africa have enjoyed a friendly relationship for a long time and we are working to further strengthen this engagement and this has begun with the establishment of a mission specifically dedicated to the AU. We pledge to continue advancing Africa’s development.”

In his goodwill message to the PAP, the Azerbaijan Ambassador to AU,  Elman Abdullayev, praised the African Parliament for championing the cause of the people of the Continent, stating that “The PAP is increasingly becoming visible and vocal on issues that affect the continent and this is a positive move. The Azerbaijan relationship with Africa is not new and dates back to the 1970s. My country has also played host to thousands of African students undertaking studies and when they go back to their home countries, they serve their people with dignity.”

About 45 African parliamentarians from 13 countries were inaugurated as new members of PAP at the opening session. The focus of the Third Ordinary Session of the Fifth Parliament which is expected to close on October 19, 2019, will among other issues be on the AfCFTA, African Model Law on Disability and status of peace and security on the Continent.