A trailer loaded with goods this morning caught fire, burning over 15 shops with goods worth millions of naira at Building materials main market, Ogidi in Idemili North Council Area of Anambra State.

The cause of the fire which happened at about 04:00 am is still unknown.

Some persons who spoke to newsmen alleged that the lorry was loaded with calcium carbide and goods inside it, which got heated and exploded. 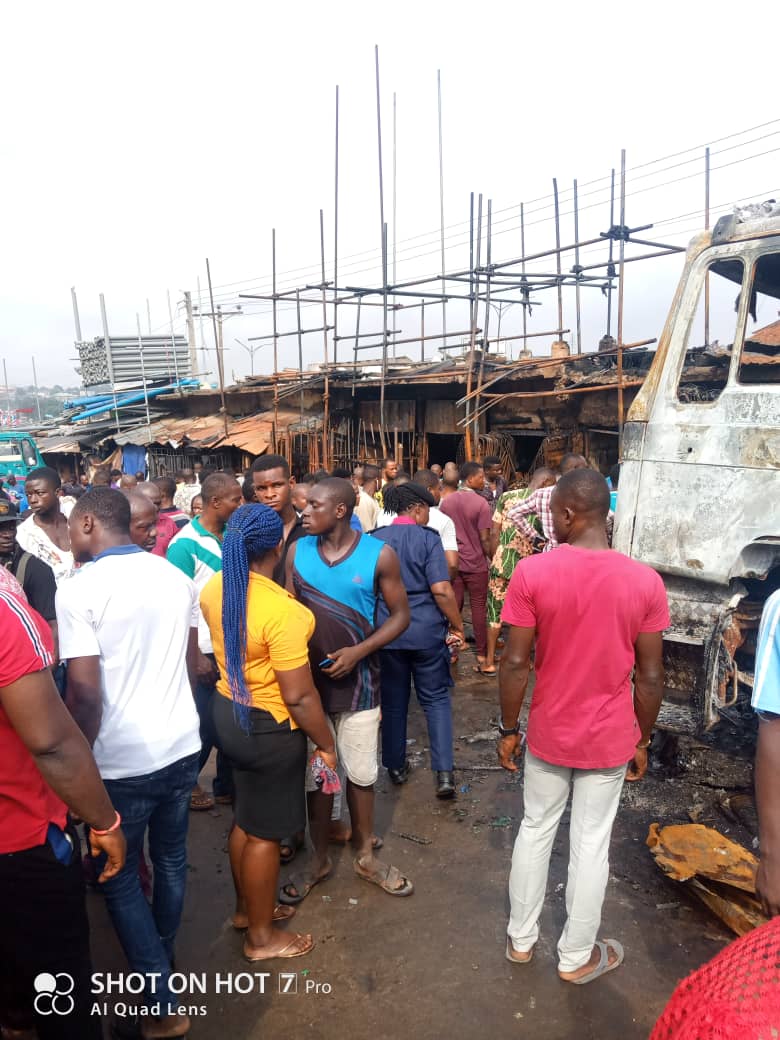 But according to officials of the Nigeria Civil Defence and Security Corps (NSCDC), preliminary investigation revealed that the fire started at the engine of the trailer, which could be an electrical fault or mechanical.

When our correspondent arrived at the scene, officials of the State Fire Service had put out the fire while security agents were on ground to control the raging crowd.

Meanwhile, no life was lost as a result of the inferno. 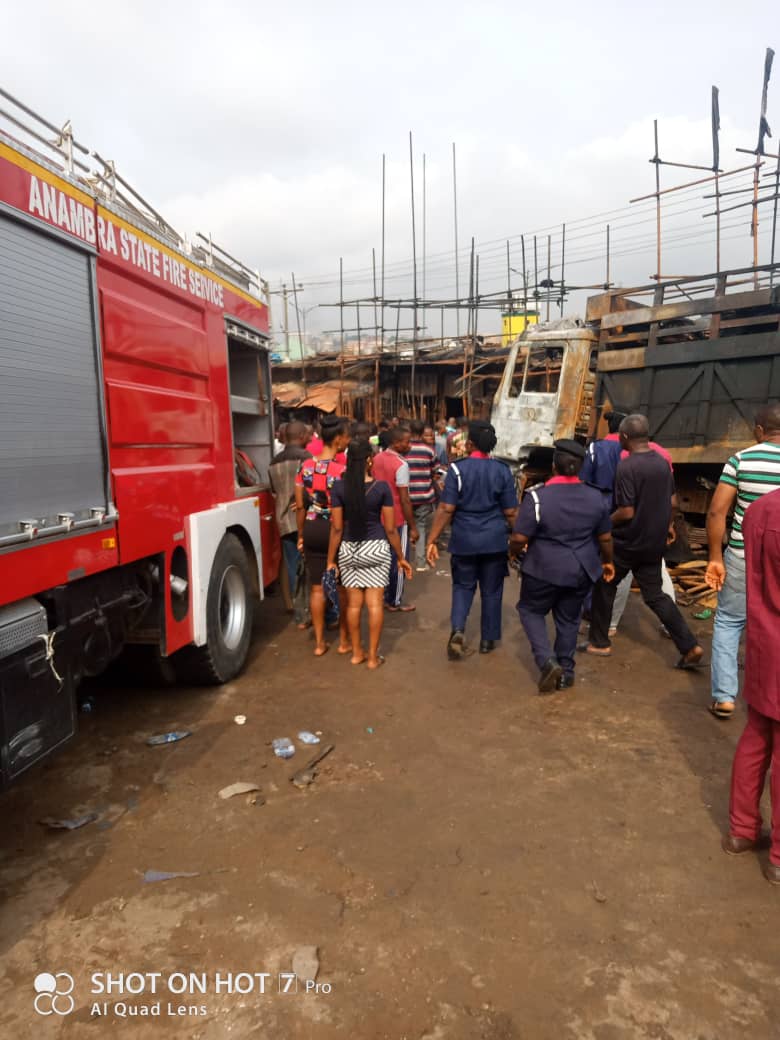