One chance syndicate, internet fraudsters busted by Police in Anambra

A suspected six-man gang of one chance robbers and internet fraudsters has been smashed by Anambra State Police Command.

Five of the suspects were said to be members of a notorious syndicate who specializes in stealing phones from unsuspecting passengers in commercial vehicles and using the handsets to hack into bank accounts of the victims to siphon their money. 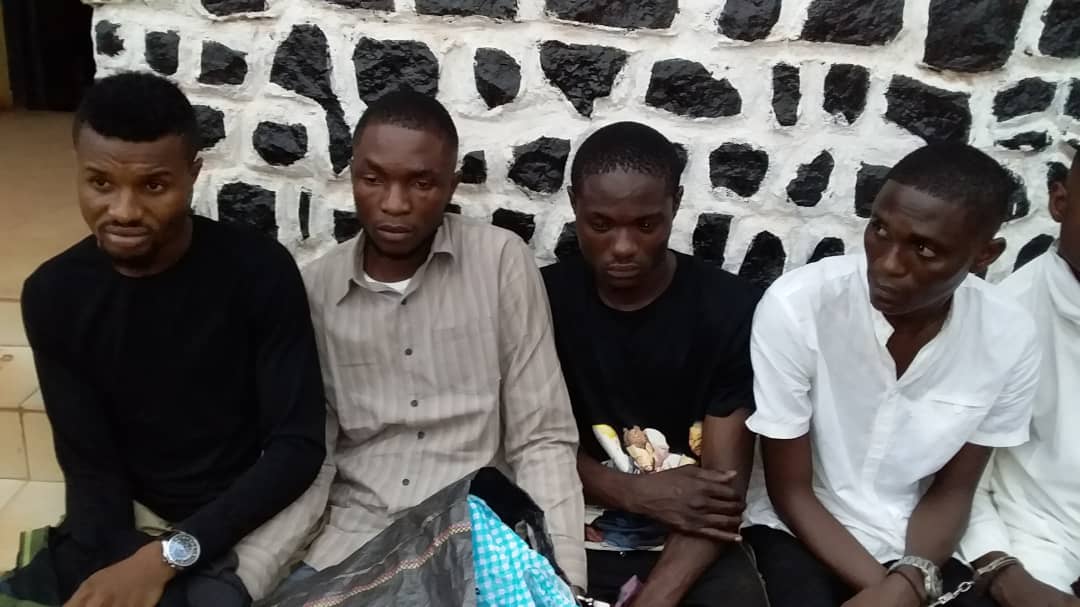 A statement by the Police Spokesperson in Anambra, Haruna Mohammed said their arrest was a sequel to an earlier arrest of a syndicate member, one Nkem Emmanuel aged 26yrs, of Agbor-Obi in Agbor Delta, at Aroma with a Nokia 3.2 android phone valued at thirty-seven thousand naira (#37,000), which he allegedly stole from his co-passenger, one Okafor Ebere while travelling in a commercial tricycle.

It said exhibits recovered from the suspects include twenty-three (23) assorted cell phones, thirteen memory cards, dried leaves suspected to be Cannabis sativa, Codeine Syrup, assorted drugs and a cash sum of one hundred and two thousand naira (#102,000) only. 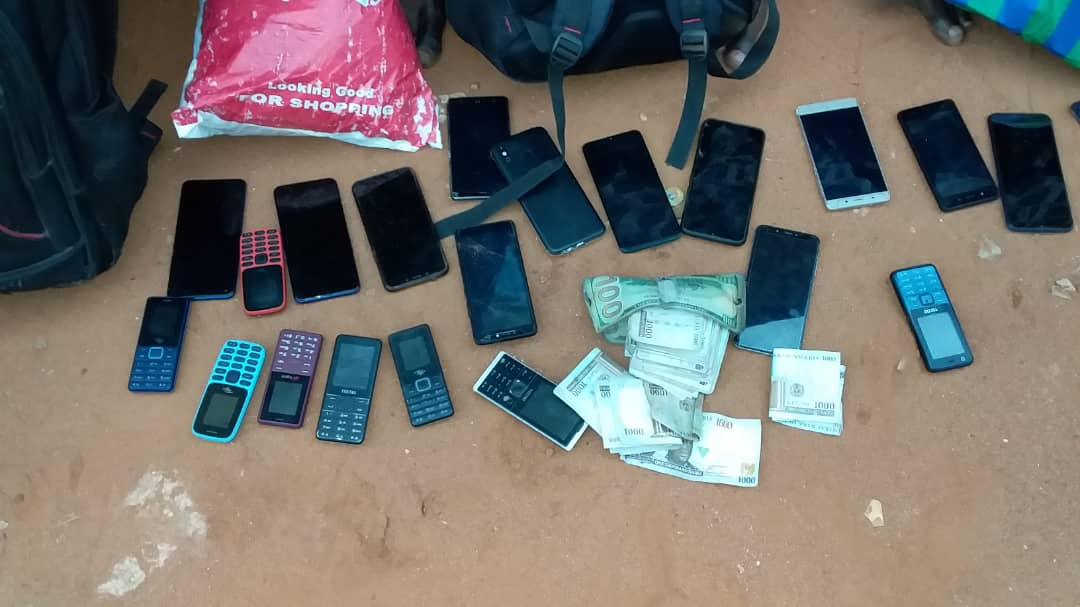 The Command revealed that some of the victims were contacted and they have come forward to identify both suspects and their property.

“Amongst the victims was one Ohaka Uchechi whose infinix hot-8 phone was stolen on the 16th of March, 2020 by the principal suspect, Emmanuel Nkem inside a commercial tricycle at UNIZIK temporary site. The victim had turned away his face when his co-passenger, the suspect coughed repeatedly in his direction, oblivious of the fact that it was a ploy to distract him to steal his phone, which was eventually used to siphon the sum of Eight hundred and fifty-one thousand naira (#851,000) from the victim’s UBA and Access bank accounts,” the statement said.

Police said all the suspects have made voluntary confessional statements and would be charged to court upon conclusion of the investigation.

The State Commissioner of Police, John Abang urged members of the public whose handsets or other valuables were stolen similarly to report at B’ Division Awka for possible identification and claim of their property.