by Africa Music
in Music
0

“I make music the way that I should”, Omawumi Megbele’s words partly informed the interviewer. Simply known as Omawumi, her artistry has clearly lived up to reckoning since emerging on the Nigerian entertainment scene from the 2007 West African Idols, a music reality show contest.

Till date, she remains one of the strongest voices in the music industry. The singer and songwriter, wife and mother makes music that suits her current standing in life and offers young artists an insight into the beauty of her life. 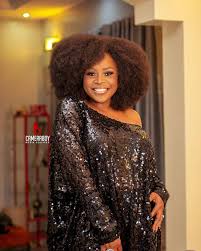 Two years after her husband’s inspired EP, ‘In her Feelings’, the vocal powerhouse officially released her 5th body of work titled “Love Deep High Life” (LDHL) on International Youth Day, August 12, 2021. This 5th studio album covers topical issues such as love, family, relationships, and the country’s socio-political space while critiquing the government and appealing to the enduring faith of the Nigerian citizens.

The album revolves around the core areas of the title. It portrays Omawumi’s growth over the years.

The 10-track project comes on the back of the release of ‘Bullshit’ as the lead single in April. From Afro-fusion and Jazz to R&B, ‘Love Deep High Life’ embodies tracks of multiple genres which include ‘Joy’, ‘Billionaire (Go Baby)’, ‘My Darling’, ‘Sugar Baby’, and ‘Fefe’. Other tracks that make the album includes ‘My Darling’, ‘My Life’, ‘Milk and Honey’, and ‘Coast To Coast’, featuring top-rated Nigerian singers like Brymo, her friend and sister Waje, Phyno and Ric Hassani.
The album is streaming across digital platforms. Following the release of her enthralling Love Deep High Life (#LDHL), the multitalented artist and Afrobeats performer, Omawumi hosted friends and fans at Otis Place, Victoria Island to an exclusive album launch prior to the release.

According to Omawumi, “This album project is important to me and I am very intentional about it because I’m making a conscious effort to keep in mind timeless lessons that reflect on the way we live that we do not take into account. These lessons cut across our relationships, politics, family, religion, and more,” Omawumi said. The project cements the strings of success and recognition Omawumi has garnered since she came through as a runner-up of the 2007 West African Idols. She has since made a career through making intersectional music that fuses pop with traditional folk elements in storytelling.

She is also one of the most prolific live performers in Africa and has performed over a dozen concerts across the African continent. Previously she released Wonder Woman (2009), Lasso of Truth (2013), Timeless (2017) and In Her Feelings (2019). ‘In Her Feelings’ follows her 2017 album ‘Timeless’, which reflects the fact that her songwriting was not hooked to any specific sound or trend. 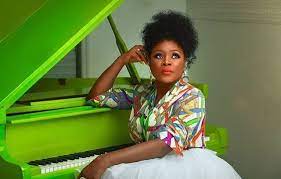 The album was met with universal acclaim, with many praising her decision to incorporate a vast number of styles in the album’s sound palette, such as afro-pop, jazz, funk, and even techno.