UNGA 2021: Africa cannot outsource its health to others, AFDB head says during panel on closing the health gap

Custodians of the culture and traditions of Ojoto Community in Idemili South Council Area of Anambra on Tuesday, called on the State Governor, Willie Obiano to look into the activities of the traditional ruler of the town, Igwe Gerald Mbamalu, which they say, desecrate their land.
The group under the aegis of ‘Otu Omenana Akanasato Ojoto, today staged a protest at the State Government House in Awka, to drive home their demand for the dethronement of the monarch.
Some inscriptions on the placards they displayed as they chanted during the protest read; ‘Ojoto under Mbamalu has been over-run by thugs and brigands tagged taskforce’, ‘Peace has eluded us since Mbamalu came’, ‘Gerald Mbamalu has desecrated Ojoto customs and traditions, he must appease these atrocities’, among others.
Speaking on behalf of the protesters, the Chairman of the Group, Chief Anthony Uzokwe, said they came to submit a letter to government on the need to wade into the alleged atrocities committed by the traditional ruler.
He said they have made several efforts to reach out to the monarch to call him to order but he had consistently snubbed them, hence their decision to come to the government to make their grievances known.
“A lot of atrocities which the traditional ruler has committed have been a major source of worry to us as the custodians of Ojoto culture and tradition. By virtue of our position, there are things we cannot see and overlook because there are grave repercussions such disposition may have on Ojoto Akanasato and even our unborn generation. We even went ahead to let him know the necessary restitutions he needs to make but he remained adamant, so we want to alert government on what is happening,” Uzokwe complained.
Another Ojoto traditionalist, Joseph Onwuekwe, said the uncommon stance they took on the matter was to avert a major disaster that may befall the community if no immediate action is taken to put Mbamalu to check.
In his words, “The way Mbamalu was enthroned violates every laid down procedure for the enthronement of kings in Ojoto Akanasato. The kingship of Ojoto is a traditional matter and follows a process but it is on record that Mbamalu did not follow this process. We all are natives of Ojoto and we raised this alarm when this was about to happen, but they didn’t listen. Now, we can’t take it any longer.”
A female traditionalist, Ngozi Ujuaku Okeke, explained in details, some of the alleged atrocities committed by the traditional ruler which hinged mainly on high-handedness, oppression of Ojoto people and violation of cultural ethics and statutes, stating that their demand is for government to remove the monarch.
“How can an Igwe go to a burial and by himself cover a corpse and take away? How can an Igwe be struggling for food items in public with the church? This man sacrilegiously went to cut down someone who hung himself on a rope, a task reserved only for Ndi Nri (traditionalists). Now, he is planning to hold an Ofala festival, without doing the necessary things to appease the sacrileges. What an abominationation! So let the government remove him so that the right person who the town has coronated, can assume his rightful position and return peace to Ojoto land,” she said.
For another native, Ifeanyichukwu Anadi, there was no way Mbamalu could have emerged traditional ruler of Ojoto since he was not crowned by the rightful person and due process was not followed.
According to him, “Issuing certificate to Mbamalu was a major error in the first place. Ojoto community had crowned Chief Dennis Okafor as traditional ruler through a process approved by the customs and traditions of the land. He was crowned by the Okpala of Ojoto according to tradition. Government should summon Ojoto people to ask the question on who crowned Mbamalu. Of course, there is only one Okpala in the land and I believe asking this question will reveal to government that Mbamalu did not follow the right process and should be shown the exit door. Ojoto needs to heal and it is only when we have the right person on the throne that we can achieve that.” 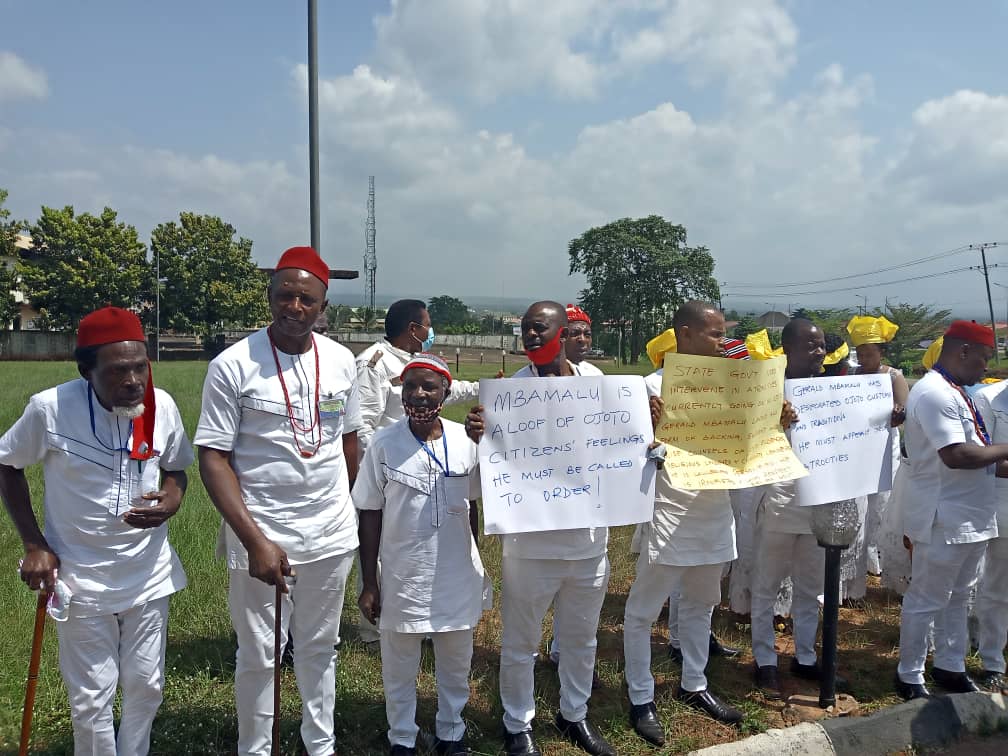 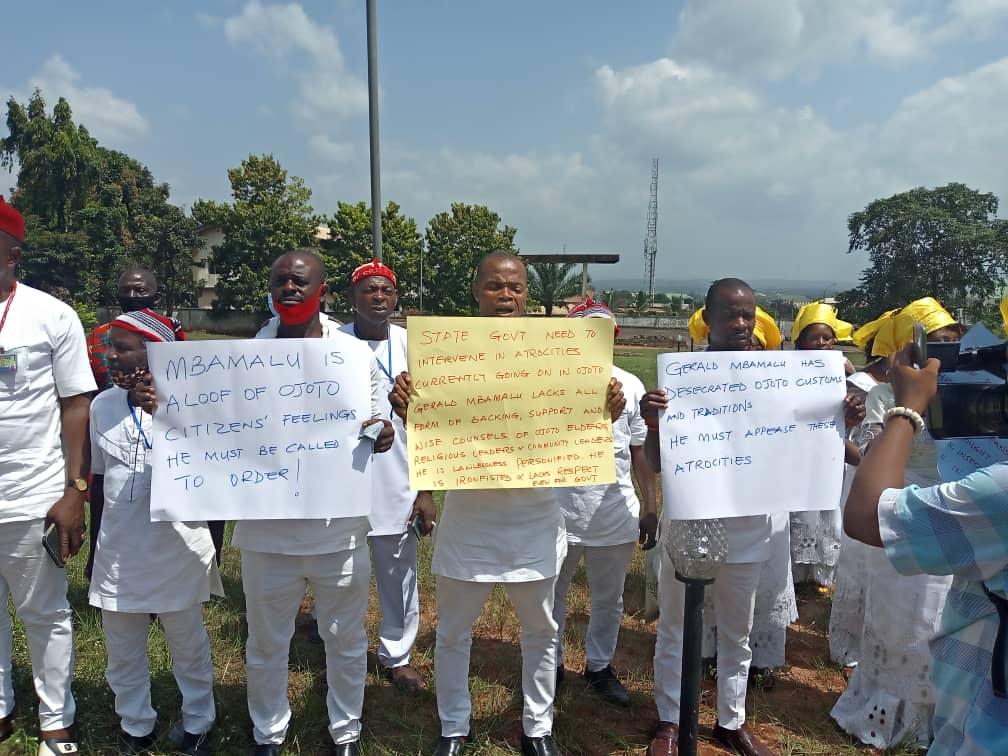 Addressing the protesters, the Commissioner for Local Government, Chieftaincy and Town Union Matters, Greg Obi, while commending the protesters for their peaceful conduct and assured them that government will look into the matter and address the problem.
According to the Commissioner who spoke through the Public Relations Officer of his Ministry, Henry Nwasike, nobody is above the custom and tradition of his or her community.
“I want to thank you for being peaceful. As Igbo people, we have regards for our culture and tradition. All I ask is for you to be patient. I want to assure you that government will not abandon the matter. We will follow through and find a lasting solution to the problem. This we will do in line with the custom and tradition of Ojoto. That I can assure you,” he said.
Tags: Chief Anthony UzokweCultureIfeanyichukwu AnadiMonarchOjoto traditionalists
ShareTweetSend

UNGA 2021: Africa cannot outsource its health to others, AFDB head says during panel on closing the health gap

Reps to Collaborate with ICPC in Tackling IFFs, Corruption

Omokri Set To ‘Harass Buhari Out Of New York’ Tomorrow