Given the restrictions announced by Anambra State Government concerning the coronavirus challenge, the Nigeria Security and Civil Defence Corps in the state has deployed 250 personnel to ensure full compliance.

Both the Federal and the State Governments had banned all public gatherings exceeding 30 persons till further notice as a measure to fight and curtail the outbreak of the deadly COVID-19 disease.

At the State headquarters of the NSCDC in Awka, the State Commandant of the NSCDC, Commandant David Bille ordered the deployment of 250 NSCDC Personnel across the state to ensure the strict enforcement of the social restriction orders and other legitimate orders by the Federal and State Government.

He further directed all Area Commanders, Divisional Officers and Head of Operational Units of the command to deploy their personnel within their areas of responsibility.

“We hereby urge Ndi Anambra to abide by this directive. As such, all public gatherings, be it political gatherings, social gatherings, religious gatherings, night clubs, bars, e.t.c are prohibited. We encourage citizens of the state to be law-abiding at this trying moment. Any group of persons who violates the new order shall be arrested and prosecuted,” he warned. 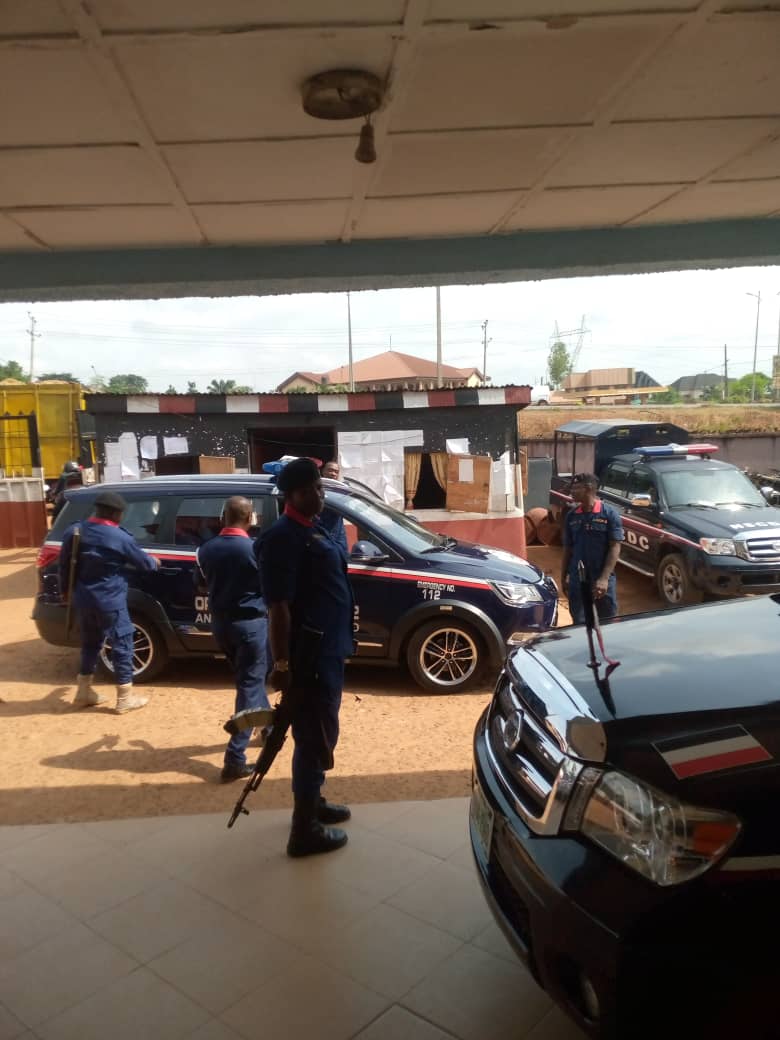 He also banned all visits to NSCDC formations across the state.

“Citizens of the State are advised to avoid visiting NSCDC formations across the state for now till further notice. As such, all courtesy visits to NSCDC Anambra State Command have been cancelled for the benefit of all, as the command will always prioritize the safety of lives at this time. Meanwhile, the State Command of NSCDC could be reached in case of emergency with the following numbers, 08058922941, 08036011552, 08035771835, and 07038924664,” Bille announced.