The Anambra COVID-19 Network has berated Governor of Anambra State, Willie Obiano of not giving the deserved attention to the gruesome killing of a citizen and grievous injury to another at Nkpor by the Nigerian Police.

The network, comprising Civil Society Advocates, Media Professionals, State and Non-State Actors and other concerned Citizens, was reacting to the governor’s broadcast on Saturday on the incident.

Obiano had in the broadcast, briefly appealed to the police and residents to embrace peace while pledging government’s support towards the victims.

In his words, “the clash between a group of youths and some security operatives at Nkpor that resulted in the unfortunate death of one person and injuries to others is extremely regrettable. It is one avoidable incident which we must not permit to happen to us again.

The Government of Anambra State will foot the medical bills of the injured as well as underwrite the burial costs of the deceased. However, in the interest of peace in our communities, I wish to appeal to Ndi Anambra to refrain from anything that would lead to a head-on collision with the police. I also appeal to the police to adopt best practices in dealing with the challenges that this difficult moment will most certainly provide.”

But the group believes that the governor curiously failed to treat the issue with the seriousness it deserves.

In a statement signed by representatives of its various arms, the Network maintained that the gruesome killing of a citizen and grievous injury to another, by the Police at Nkpor, in Idemili LGA, remains a sore point in the administration and management of COVID-19 pandemic in the State. 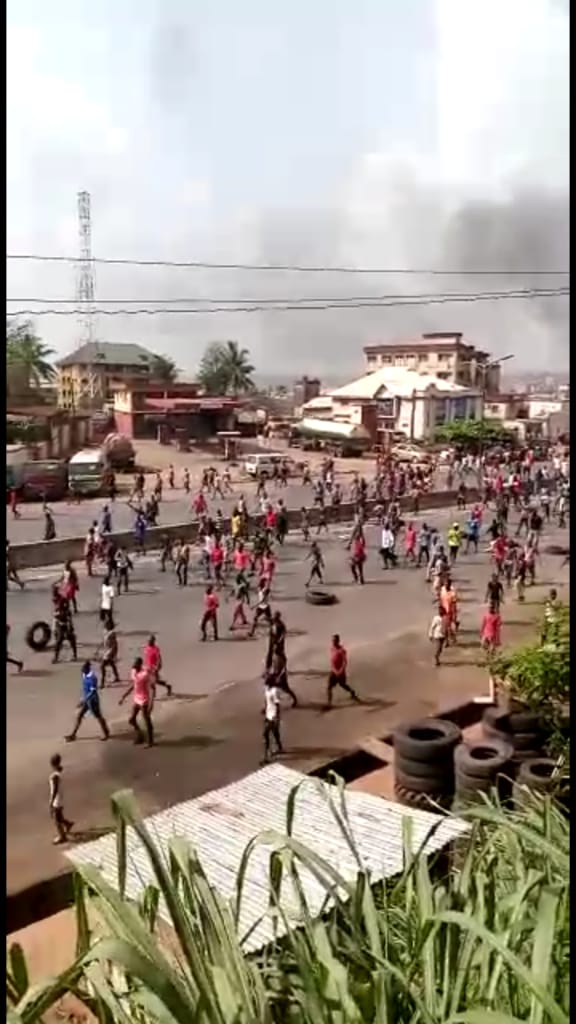 “The governor curiously failed to treat the issue with the seriousness it deserves. There was no mention of the fallen citizen’s name/identity. Or any evidence of State visit to the deceased and other severely injured citizens’ family.

“Also, the mere slap in the wrist of the Police, by way of perfunctory admonition, is unacceptable,” it said.

The group appealed to the Governor to revisit the reprehensible and reckless incidences of Police killings and maiming at Nkpor, Ekwulobia, and other parts of the State.

“We demand the constitution of a panel of inquiry to unravel the issues surrounding that regrettable incident. We also demand a clear and unambiguous admonition of the Police authorities over the impunity and constant abuse of power in the discharge of their duties,” the COVID-19 Network admonished.

They further raised concerns about COVID-19 lockdown enforcers disrupting movement of citizens, who go out to procure essential needs within the communities and exclusion of the organized Civil Society and Non-State Actors in the whole gamut of COVID-19 interventions.

“We implore the Governor to spell out exemptions in restriction of movement, especially as it affects intracommunity movement and access to essential goods and services.

“The Network, for the umpteenth time, appeal to the Governor to seriously consider inclusion and participation of organized civil society and non-state actors in COVID-19 implementation architecture.

“The Governor had signed up to Open Government Partnership (OGP) an initiative for collaboration with Civil Society and non-state actors. This should be seen to work in practice,” they suggested.