by Africa Music
in Music, trending
0

The organizers of the Black Entertainment Televison (BET) Awards have published its official list of nominees for the 2021 edition of the music awards ceremony.

Leading the nominations are Megan Thee Stallion and DaBaby who both have 7 nominations. Both artists have been nominated in the “Album of the Year” category. 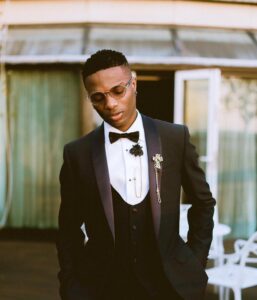 But the category that the continent of Africa will have its eyes on is the Best International Act category in which Burna Boy and Wizkid are nominees. The complete list of nominees in the category:
AYA NAKAMURA(FRANCE)
BURNA BOY(NIGERIA)
DIAMOND PLATNUMZ(TANZANIA)
EMICIDA (BRAZIL)
HEADIE ONE(UK)
WIZKID (NIGERIA)
YOUNG T & BUGSEY(UK)
YOUSSOUPHA (FRANCE)
Burna Boy and Wizkid both had a remarkable 2020 musically. Even with the pandemic and the strain managed to excel locally and beyond.
Burna has won at the BETs in the last two years and Wizzy won it in 2012 when the category had two divisions for Africa and the UK.
Other categories up for contention include:
ALBUM OF THE YEAR
AFTER HOURS – THE WEEKND
BLAME IT ON BABY – DABABY
GOOD NEWS – MEGAN THEE STALLION
HEAUX TALES – JAZMINE SULLIVAN
KING’S DISEASE – NAS
UNGODLY HOUR – CHLOE X HALLE

Internationally, the show will simulcast on BET Africa at 2 am CAT and MTV Brazil at 9 pm BRT on June 27th, followed by international broadcasts on MTV UK on June 28th at 9 pm BST, BET France on June 29th at 8:45pm CEST.

All the best, Burna and Wizzy!