Anambra State Traditional Rulers’ Council has recommended appropriate sanctions against some Anambra traditional rulers caught in a compromising circumstance in a video making the round on the internet.

The viral video making the rounds online showed the traditional rulers sharing money allegedly brought by the Business tycoon, Arthur Eze who allegedly took them to Abuja, to discuss matters of the state with President Muhammadu Buhari.

Eze had in recent times been at loggerheads with Governor Willie Obiano over alleged underperformance and embezzlement of local government funds by the governor.

Briefing newsmen after their meeting on Tuesday, the Chairman of the Council and traditional ruler of Awka, Igwe Alfred Achebe condemned the act of travelling outside the state on an appointment to President Buhari on behalf of Anambra Kings on matters concerning the State, without the knowledge of the state government and the Council’s leadership as totally wrong.

“It has been the tradition that traditional rulers should inform appropriate authorities before travelling out of the state. Secondly, they went to Abuja for an appointment with President Muhammadu Buhari to talk about matters of the state and they were going there as ‘Ndi Eze’ Anambra. But the question is, do they have the mandate of the Council to represent us at the so-called meeting? Do they have the mandate of the Anambra people to speak for them? The answer is no, therefore they were usurping authority.

“On the other hand, they went to meet the President to whom all the 36 states of the Federation are accountable for the good order of the respective states. How could they go to discuss such matters. We are Igbos and must deal with our matters internally. Why take our issues outside the state to resolve. How many of the other ethnic groups bring their matters to us to settle? These are the questions we are asking,” Achebe said.

According to the Council, the action of the dissident traditional rulers were made worse by their association with one Prince Austin Ndigwe who parades himself as the King of Awka Kingdom when the government-recognized paramount ruler, Igwe Gibson Nwosu is still alive.

The Council recommended that the State Government takes appropriate action against the traditional rulers whose actions it said were unbecoming of persons of their status.

In his words, “One way or the order, Prince Austin Ndigwe who the government recognizes as an impostor played a key role in that visit. So all put together, our meeting today came to the conclusion that they didn’t represent the traditional rulers of the state in a positive light and therefore call on the government to dish out appropriate sanctions against them.”

On whether the anticipated government punitive action against the traditional rulers will be viewed as undue interference in the affairs of the Council, Igwe Achebe made it clear that the Council is a creation of the government, meant to partner with same for the overall good of the state.

Meanwhile, efforts made to reach out to some of the traditional rulers captured in the video, to speak were unsuccessful. 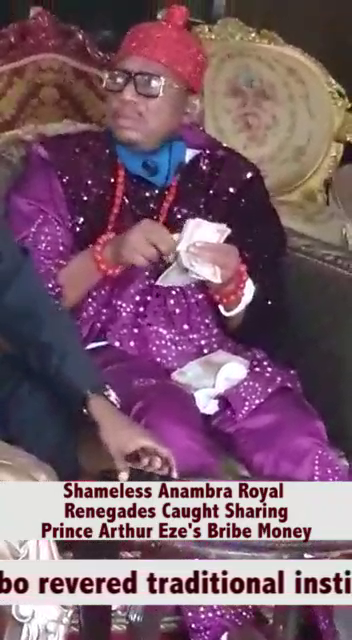 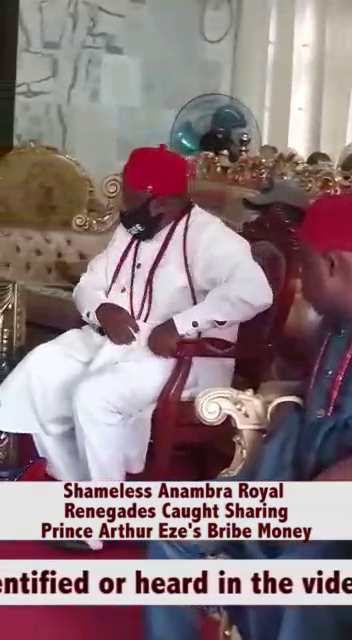