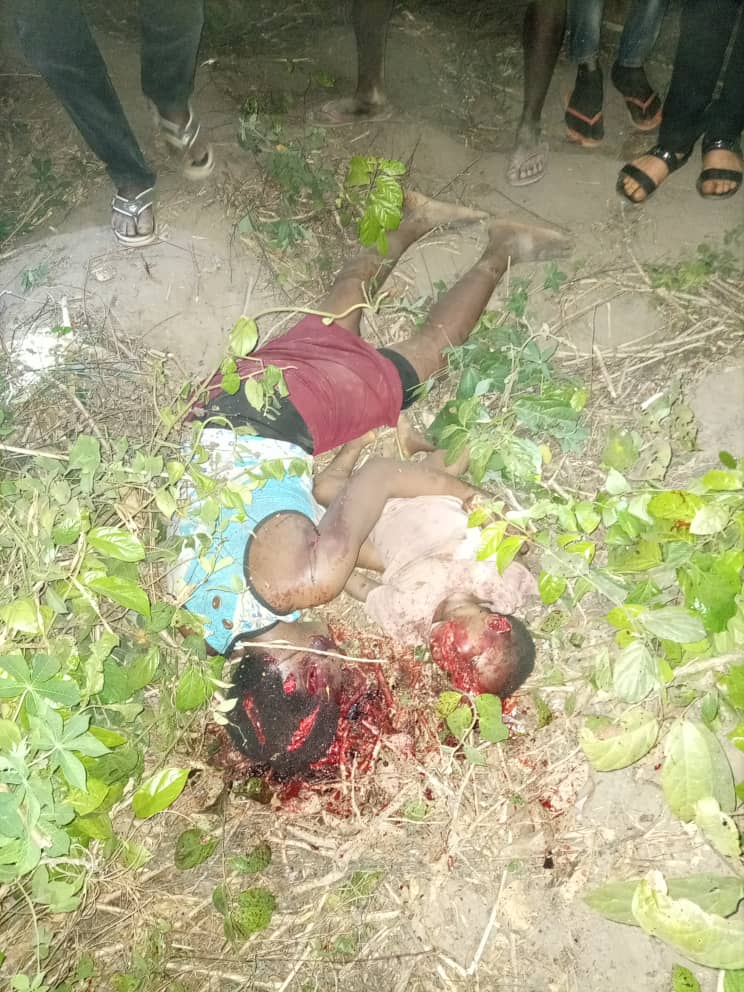 The deceased persons were his 26-year-old wife, Chisom and the 4-year-old daughter, Amanda.

He was also said to have attacked a local vigilante operative in the area who was trying to rescue the victims before he was overpowered.

According to some of the neighbors who spoke to our correspondent, the suspect was suspected to have run amok in circumstances yet to be ascertained, before committing the dastardly act.

When contacted, the Public Relations Officer of Anambra State Police Command, Haruna Mohammed said the two victims have been confirmed dead by a medical doctor.

He also said the wounded vigilante operative is presently responding to treatment while the corpses of the victims have been deposited at a morgue.

“The Commissioner of Police in Anambra, John Abang has also directed that the case be transferred to state CID Awka for a discreet investigation to unravel the actual cause of the incident,” he revealed.