The member representing Nnewi North, Nnewi South and Ekwusigo Federal Constituency in the House of Representatives, Engr. Chris Emeka Azubogu on Wednesday embarked on an assessment tour of facilities damaged in his constituency following the unfortunate hijack of a hitherto peaceful #ENDSARS protest by hoodlums.

Speaking at the end of the very extensive tour of the fourteen vandalized facilities, Azubogu regretted that hoodlums took advantage of the peaceful protest to loot and wreak havoc on essential public facilities within the constituency and beyond.

“From my findings, within the three local government areas in my federal constituency, the rampaging hoodlums destroyed security infrastructure and other critical amenities, including an armoured personnel carrier [APC]; while two police officers and a yet to be affirmed number of protesters lost their lives during the unfortunate incidents,” he said.

He continued: “The level of damage, to say the least, was shocking and I wonder what it was that led to such volume of destruction in the first place that we couldn’t have resolved through our time-honoured internal conflict resolution mechanisms. Our people are peace-loving and we have strong community-based conflict resolution mechanisms that have proven effective over the years. So, to have allowed whatever disagreements there were to degenerate to the callous point they did was really sad”.

The Lawmaker said he was deeply pained by the regrettable twist because the destruction and senseless looting took place in an environment where the people have had to largely provide the damaged facilities, infrastructure inclusive, for themselves with scarce private resources.

“It is yet another challenge for us as a people and government, as we have to find a way to rebuild all these as a matter of urgency and also put in place a framework that will avert a repeat of this ugly episode in future.

“It is so unfortunate that this happened at a time we are battling to facilitate more critical infrastructural facilities that will help businesses, especially our manufacturing hub, improve productivity and create more jobs for young people,” Azubogu lamented.

The Lawmaker commiserated with the families that lost their loved ones to the carnage, especially those of the two police officers killed at Osumenyi Police Station. 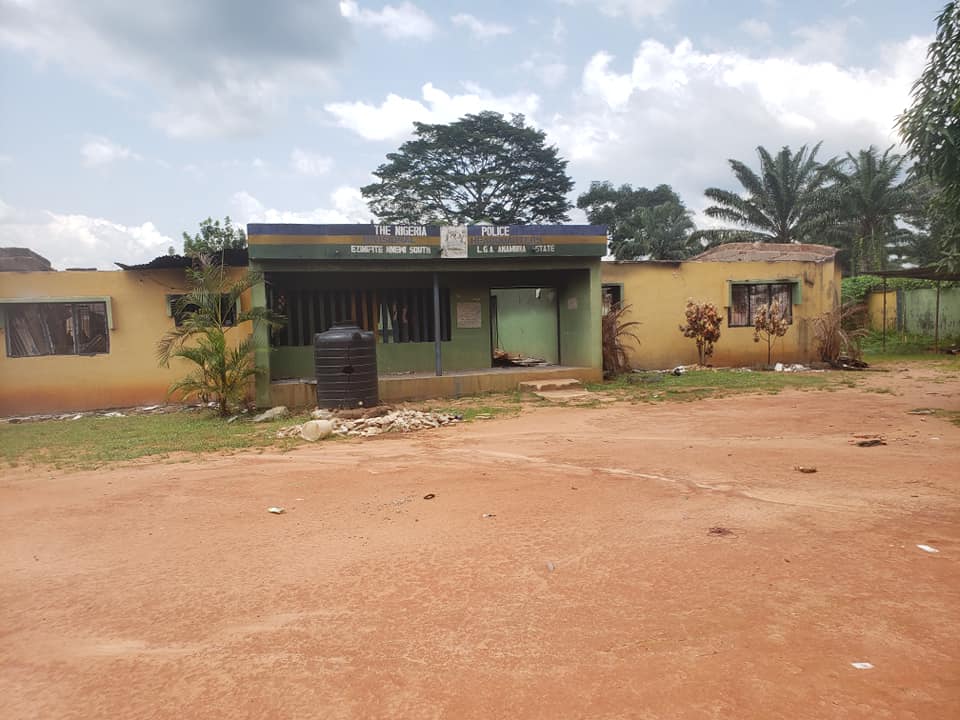