by Akpan Akata
in Africa, News
0 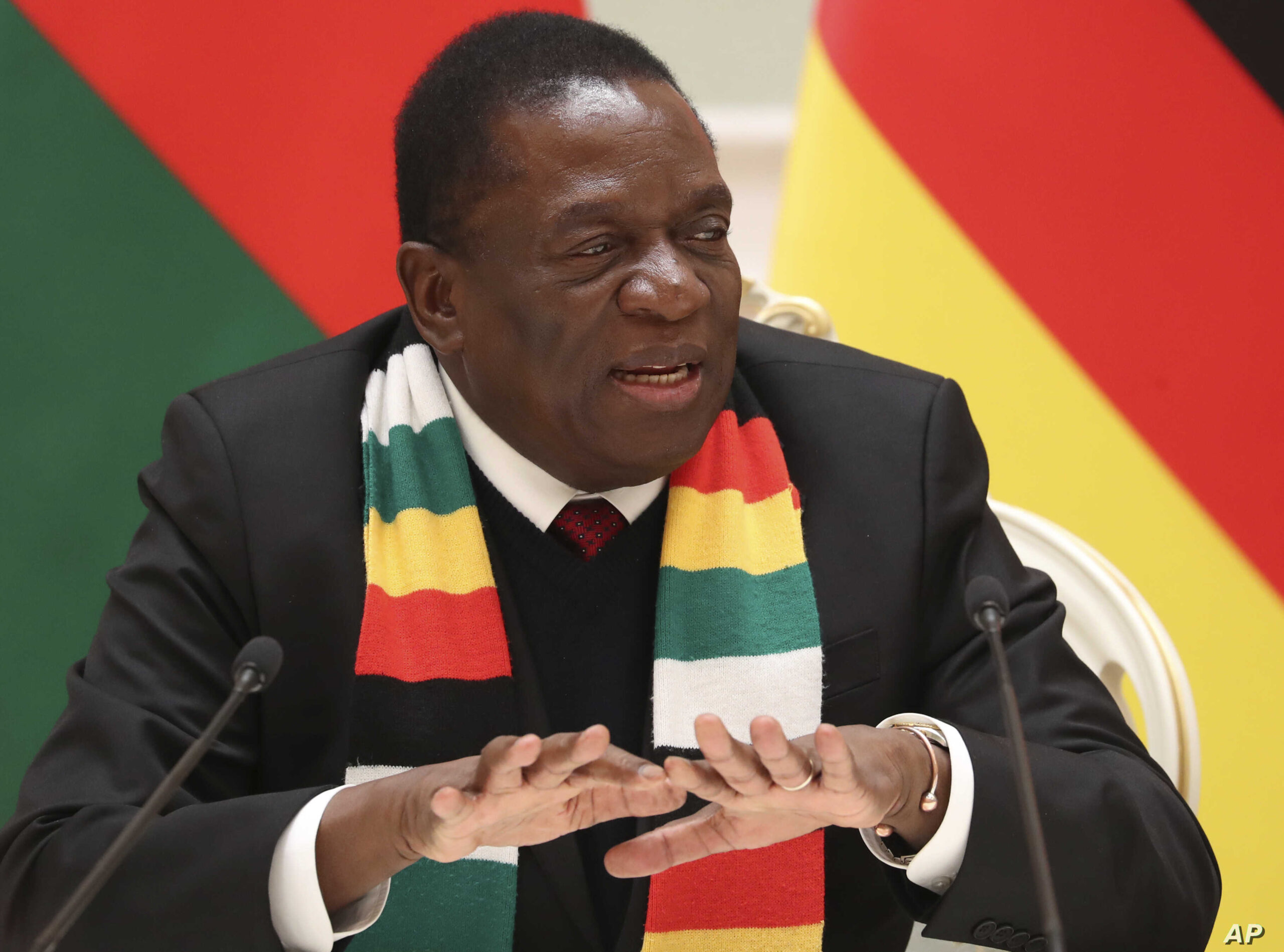 Village folks in Chilonga, Zimbabwe’s Masvingo Province are being kicked off their land to pave way for growing lucerne grass.

27 years old Victor Vhikela, a farmer after graduating from university three years ago, is faced with the sad reality of losing his 12-hectare plot of land as the government is moving in to parcel it out to a dairy firm aiming to grow stockfeed.

Graduating with a degree in Peace and Governance with Development studies from Zimbabwe’s Solusi University, Vhikela had high hopes of landing his dream job.

Sadly, with the country faced with 90% unemployment according to the Zimbabwe Congress of Trade Unions, his dream evaporated.

Instead, he found himself engrossed in farming in his home village in Chilonga, located in Chiredzi in Masvingo province.

But that has met with yet another fate, the coming of a giant dairy firm to grow stockfeed known as lucerne grass on villagers’ land.

His fate is shared by Livson Chikutu, 44, also a villager in Chilonga, who did not mince his words about his resentment of the Zimbabwean government’s complicity with Dendairy to annex the villagers’ land in order to grow lucerne grass.

“I’m against the government’s idea of taking our historical and ancestral land. We have been on this land since 1963 and others since 1947”, Chikutu told Anadolu Agency.

For his family, as the government moves to grab their land, Chikutu said displacement seemed to follow them from one generation to the other.

He said together with other villagers from the previous generation, his own family was first displaced by the government from the present-day section 65 of Triangle Estate, which is now a sugarcane plantation, leaving other areas for the purpose of Gonarezhou National Park.

Now, with Dendairy moving in with the help of Zimbabwe’s government to grow lucerne grass in Chilonga, villagers like Chikutu and Vhikela face yet another crisis — eviction.

The government has however downplayed villagers’ fears of displacement by amending Statutory Instrument 50 outlining how the whole saga of stockfeed farming would play out in Chilonga.

Yet that has not helped matters, as the government’s March 9 amended legislation subsequently legalized the displacement of many villagers like Vhikela and Chikutu.

“I have been staying here since birth, but my parents were moved to this land in 1963. I grow sorghum contracted by the Delta Beverages company,” said Chikutu, a father of four.

In fact, many farmers like Chikutu and Vhikela have benefitted from contract farming from Delta Beverages, as they have sold small grains like sorghum to the company, which funded their projects.

Now, that may become a thing of the past as Dendairy steps in with a different modus operandi.

For Vhikela, who stands out among the 12,500 villagers facing eviction from Chilonga, life may never be the same again.

“I’m losing about 12 hectares of land and haven’t been told where to resettle. Personally, I have been affected greatly because my land is being taken away from me, yet I was growing red sorghum on it and selling it to Delta and the Grain Marketing Board, sourcing income”, Vhikela told Anadolu Agency.

Not only are villagers like Vhikela worried about losing their land, but their homes also.

“I have been affected personally because my parents are living here where, as a family, we built a big house for them, linking it to electricity, drilling a borehole for them. Tell me, if evicted, where are we going to stay and what will happen to our grandparents’ graves here?” Vhikela said.

Nothing gets better for Chilonga villagers as they only count their losses.

Juggling with law to dispossess villagers

The government, meanwhile, has shown no mercy to the poor villagers, instead of amending its controversial Statutory Instrument 50, paving the way for Dendairy to take over parts of Chilonga for lucerne production.

It has instead only changed the wording in some provisions of the Statutory Instrument without foregoing mooted plans to displace the villagers.

The Statutory Instrument was corrected “by the deletion of the words “purpose of lucerne production” and substituted with the “establishment of an irrigation scheme.”

Human rights defenders have not taken kindly to the Zimbabwean government’s subtlety.

“Statutory Instrument 50 of 2021 was amended by the government, but in minor and insignificant ways. The threat of eviction remains,” Dewa Mavhinga, Southern Africa Director at Human Rights Watch, told Anadolu Agency.

“The African Union Convention for the Protection and Assistance of Internally Displaced Persons in Africa, which Zimbabwe ratified, requires in article 3(1)(a) that state parties “refrain from, prohibit and prevent arbitrary displacement of populations”, said Mavhinga.

For Zimbabwe’s Presidential Spokesman George Charamba, however, nothing in fact is amiss about the eviction of the Chilonga villagers.

As Zimbabwe’s High Court on March 5 granted interim relief barring the government from evicting the villagers, miffed by the verdict, Charamba took to Twitter, saying: “Just an interim relief anyway!!!!”

But Mavhinga challenged the government to respect regional laws to which it is a signatory.

“That Zimbabwe signed and ratified the African Union Convention for the protection and assistance of internally displaced people should stop the ZANU-PF government from pushing the people of Chilonga into arbitrary relocation,” he said.

ZANU-PF stands for the Zimbabwe Africa National Union-Patriotic Front, which has been the country’s governing party since independence from Britain in 1980.

Farai Maguwu, director of the Centre for Natural Resource Governance (CNRG), said development, whatever the real intention, must never be forced on a community.

“If the community says no, either it means they were not consulted properly or they were consulted and made an informed collective decision to say no,” said Maguwu.

CNRG is a leading organization working on improved governance of natural resources in Zimbabwe.

Men of the cloth in Chilonga like Reverend Masenyani Njanji of the Free Methodist Church empathize with villagers facing the boot from their homeland.

The villagers do not want to let go of their land to the firm intending to occupy it as long as they do not benefit from its project of growing stockfeed on their land, Njanji told Anadolu Agency.

“All villagers are not happy, [but] not because they don’t like lucerne grass. They are saying lucerne growers have to contract them so they farm like what they do for Delta, which gives them inputs and they harvest and go back to sell to Delta,” said Njanji.

“That’s the option villagers have such that those who want to set up the lucerne project if they would come like that, it would be a good thing.”