by Akanimo Sampson
in News, trending
0

Before Abuja officially became Nigeria’s capital city, children with multiple births were being killed in most communities of the Federal Capital Territory. But, in the second half of the 1990s, an initiative by a concerned Christian missionary started to slow down the cultural practice.

The practice has been brought to wider public knowledge in a new platform, , PLAC BEAM unveiled by Policy and Legal Advocacy Centre (PLAC), a civic group, to spotlight civic space efforts and issues. This online resource aims to tell the story of civil society in Nigeria, beginning with the late 1980s, which was a significant turning point that marked the emergence of human rights groups.

According to PLAC, ‘’unfortunately, some of civil society’s most important works very often do not get the attention they deserve and even go completely unnoticed, with the result that the full import and benefits are often lost on the rest of the society. 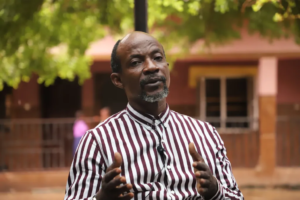 ‘’Hence, the need for a platform to highlight some of such projects, the individuals behind them and what they have accomplished over time. The issues highlighted in this maiden edition bear out this need for information.’’

PLAC BEAM is broadly categorised into interviews, NGO spotlight, resources, trends and issues. Its first edition released in July 2021, explores the history and plethora of issues around civic space in Nigeria.

The cover story, ‘The Beginning of Modern Human Rights Movement in Nigeria’ details the emergence of the Civil Liberties Organisation (CLO), one of the first human rights organisations in Nigeria. There is an interview, ‘Sowore and Three Decades of Activism’ as well as an insight into the work of a charity organisation based in Kuje, Abuja, tackling some harmful traditional practices among the region’s rural communities for two decades and counting.

Some other topics include: ‘Nigeria’s Twitter Ban and Matters Arising,’ which explores the regulation of social media platforms and the activities of technology firms from a global perspective and ‘A Unique experiment in Abuja Targets Out-of-School Children,’ which spotlights the “School Without Walls initiative,” an unconventional, free education arrangement for less privileged and displaced children.

The growth in the number of non-profits in Nigeria has not been without the notice of the authorities. There has been a move in recent years to increase their regulation, now reflected in several laws. This is discussed in detail in ‘Legal Constraints to Operations of Non-Profits in Nigeria’  and ‘Legislative Attempts to regulate NGOs.’

This edition also contains several resources that provide more information on non-profit organisations, their operations and how to incorporate one in Nigeria.

However, the Vine Heritage Home Orphanage just outside the Nigerian capital, Abuja, is being promoted as a place of rescue for children required by traditional eugenics to die.

Olusola Stevens, a Christian missionary, set up in the Kuje district of Abuja in the early 1990s just as the brand new city officially became Nigeria’s capital. His immediate assignment, as the new urban centre disrupted rural communities that had barely changed these past centuries, was to expand the church footprint into the interior.

“So, while we were doing our church planting and preaching as missionaries, we started hearing about the killing of children based on cultural practices’’, Stevens recalled at a recent interview at the Vine Heritage Home, the orphanage in Kuje he has now run for 25 years.

His first encounter with an actual case was in 1996, when a woman approached his wife to intimate that her child had been marked to die. That was the first child they took in, eventually leading to the opening of the orphanage in 2004.

In what approximates a form of cultural eugenics, children are not accepted if they’re of multiple birth (twins, triplets), if their mothers die at birth or soon after birth, if they’re deformed, if they’re albino or even grow the upper teeth first.

“We started challenging the communities,” Stevens said. “We said instead of killing them, let’s have the children. “

Since inception, Vine Heritage Home has taken in and raised hundreds of children. Its current population is 122, and inmates range between a few months to 19 years, according to Stevens. The population at a time went up to 170.

There are at least 68 communities within the rural communities around Abuja, spread across five area councils, where people have such beliefs and practice them, according to the orphanage director. Funding provided by the European Union is being used to build a new accommodation for the children, he said.

The work of the Vine Heritage Foundation hasn’t been without its own challenges. Between 2012 and 2013 the orphanage was the subject of an investigation by the authorities of the Federal Capital Territory that wanted to ascertain the source of the children in its care.

The provenance process revealed to the authorities the existence of these practices which many of these communities would rather keep secret. This brought a local backlash against the orphanage.

“Of course, I was threatened, I was receiving death threats from some of the communities”, said Stevens. “But now that has died down because it is clear to everybody that there is nothing to be hidden, the practice is real.”

One of the biggest success stories recorded by the orphanage is the case of a set of triplets that a community gave away.

“We raised those children successfully and talking with the family over the years, they came to the conclusion that they are not evil”, said Stevens. “The day we were giving them back to the family, we invited the National Human Rights Commission, Child Protection Network and some of our friends to come and witness the handing over of those children to their family.”

Many other children have also been taken back by their family over the years. While Stevens can vouch that the practices have declined with time, they’re still there in many communities.

“So long as we receive twins, we know the practice hasn’t been totally eradicated,” he said. “We still have pockets of communities still believing that something is wrong with those children. We are looking forward to the day that maybe Vine Heritage (orphanage) will be empty.”