No fewer than ten mentally-deranged persons have been rehabilitated and reunited with their families through the instrumentality of the Caring Family Enhancement Initiative (CAFE), NGO founded by the wife of Anambra State Governor, Dr. Mrs. Ebelechukwu Obiano.

At an emotional ceremony held at a home for the Mentally Challenged at Nteje in Oyi Local Government Area of Anambra State, the persons who have been certified mentally healthy were handed over to their loved ones.

The rehabilitated persons who include four women, five men and a teenage boy, bring it to 110, the total number of inmates cured and discharged from the 77-bed facility managed by CAFE in collaboration with the State Ministry of woman Affairs since it was established in 2015.

The ceremony also served as a platform for an early commemoration of the International Women’s Day, which is usually celebrated on the eight of March every year.

In her remarks, Mrs. Obiano expressed her belief in the core values of sharing love and goodwill with fellow human beings without discrimination over societal standing. 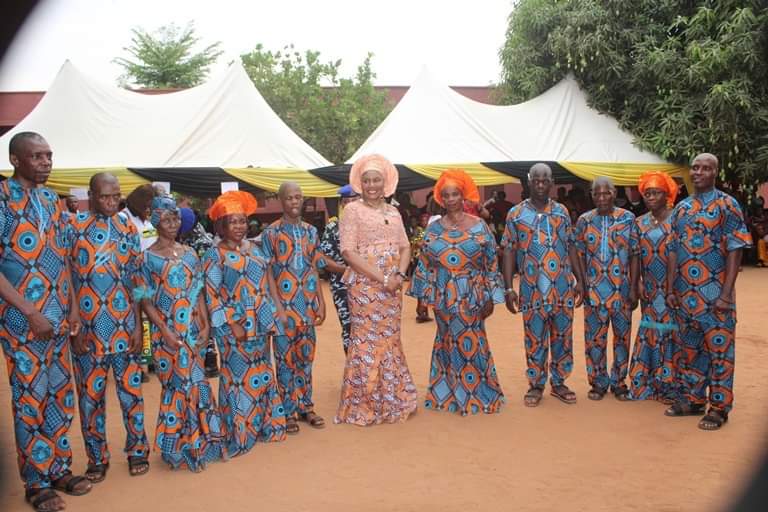 “I began this charity work since 1991 and it is my unwavering belief in the core values of sharing that informed the determination of my NGO to continue to shine a light of hope for the less privileged. My husband, Governor Willie Obiano has also supported me immensely as he donates his salaries to the cause. I appeal to public-spirited ndi Anambra to reach out to the inmates of the centre with donations, especially in the area of feeding,” she appealed.

On his part, the Speaker of the Anambra State House Assembly, Uchenna Okafor described Mrs. Obiano as rare breed whose work is exemplary, stressing that the NGO is achieving results with personal funding and support of philanthropists, promising that the State House of Assembly will lend its support to the Home.

Earlier in her address, the Anambra State Commissioner for Women and Children Affairs, Lady Ndidi Mezue stated that the centre has witnessed a geometric increase in the number of inmates as a result of constant raiding and rescue of stray mentally challenged persons from the streets.

According to her, “I sincerely commend the wife of the Governor for the tremendous support her NGO gives to the facility. We in the Ministry of Women Affairs will continue to drive the initiative of the governor’s wife at providing succour for the less privileged, women and children. We have maintained constant raiding of the streets to ensure that these mentally-challenged persons are picked up and rehabilitated. The first lady has also provided support to many of them to start their lives afresh and many of them are doing well now. This is because she believes that most of the problems these people suffer are as a result of the poverty of lack of care.

Speaking on behalf of the rehabilitated inmates, Mrs. Chinyere Egolum, from Nise, Awka South Council Area thanked the wife of the Governor and the Ministry for providing them with the facilities that ensured their recovery.

One of the high points of the ceremony was the commissioning of the refurbished Sickbay, which has a supervising medical doctor, and a Skills Acquisition centre for the inmates to learn different crafts while recovering.