A human rights group, Foundation for Environmental Rights Advocacy and Development (FENRAD) has condemned the killing of a petrol attendant by a Police Officer in Ururuka Road, Obiomangwa Local Government Area in Abia state, earlier this week.

The victim, Chibuisi Okameme was allegedly shot by one Inspector Asu Stanley attached to Ohuru Isimiri division on Sunday 5th April 2020 at about 2pm.

The police were said to be in pursuit of a motorist who is a customer of the popular fuel station located on new Umuahia road Aba for allegedly violating the movement restriction order when the officer turned his gun on the innocent victim on duty.

The police assailant and his team were said to have been apprehended by the security at the fuel station after they made attempt to escape and made to take the victim to Abia state university teaching hospital, Aba where he died moments later.

Speaking to newsmen on Wednesday, the Executive Director of FENRAD, Comrade Nelson Nnanna Nwafor described the shooting as inconsistent with the operational guideline issued by the Inspector General of Police, Mohammed Adamu and as well violates and infringes the fundamental rights of the victim to life.

“Prior to the lockdown, the Inspector General of Police, Mr. Mohammed Adamu, on March 23, issued a directive to all Zonal Assistant Inspectors-General (AIGs) of Police and State Commissioners of Police (CPs) through a statement signed by Force Public Relations Officer (FPRO), Deputy Commissioner of Police (DCP) Frank Mbah. This directive is to ensure that men of the force under their various commands, desist from unnecessary arrests and unlawful detention of citizens barring cases like kidnapping, murder and homicide during this time of COVID-19 pandemic,” Nwafor recalled.

According to him, it is their demand that, if found guilty, the said Inspector Stanley be publicly tried and dealt with as is the law.

“Since the prima facie culprit is already in police custody (with State Criminal Investigation Department, SCID), FENRAD demands that due recourse to the law facilities be taken and justice expeditiously dispensed. It beats no common sense that it takes unlocking the safety of a loaded rifle or weapon and then a press of the trigger to fire a shot.

At peacetime, when the only war facing humanity is a pandemic, a police inspector releases a bullet at an unarmed civilian. At what point of an extremity is a trained, disciplined officer required to engage the trigger other than at wartime? Such can only come from a trigger-happy fellow,” he pointed out.

The group also observed with regret, that the recent activities of men of the force in Aba are becoming insufferable and call for an inward review, especially how the lockdown is being enforced.

“The notice of the group has been brought to daily developments in this regard. This brutality and maximum show of naked force did not start with this lockdown period. Only last year, men of the police while avenging for the killing of an officer, along Okojumbo, Ibadan street axis in Aba, raided and razed houses whereupon monies, valuables and chattels were lost to an incendiary attack. FENRAD urges the state government to make known its committee’s report on the said incident or to expedite same,” the FENRAD boss appealed.

He maintained that the duty of the police is to ensure protection and not the destruction of lives, while the best policing is that which is done in accordance with relevant laws and which promotes friendly police/citizens constructive relationship.

According to him, “While this is the case, we urge the state government under the Ikpeazu-led administration to, as a matter of urgency, look into this latest issue and ensure that justice is done. As a rights group, FENRAD understands enjoins all Abians to observe the “stay-at-home” order to help the state and relevant authorities to contain the dreaded novel Coronavirus disease and also remain steadfastly law-abiding.

“We, therefore, call on the Nigerian Police to carry out its constitutional work without violation of the rights of citizens, in line with rules of engagement and best practices.” 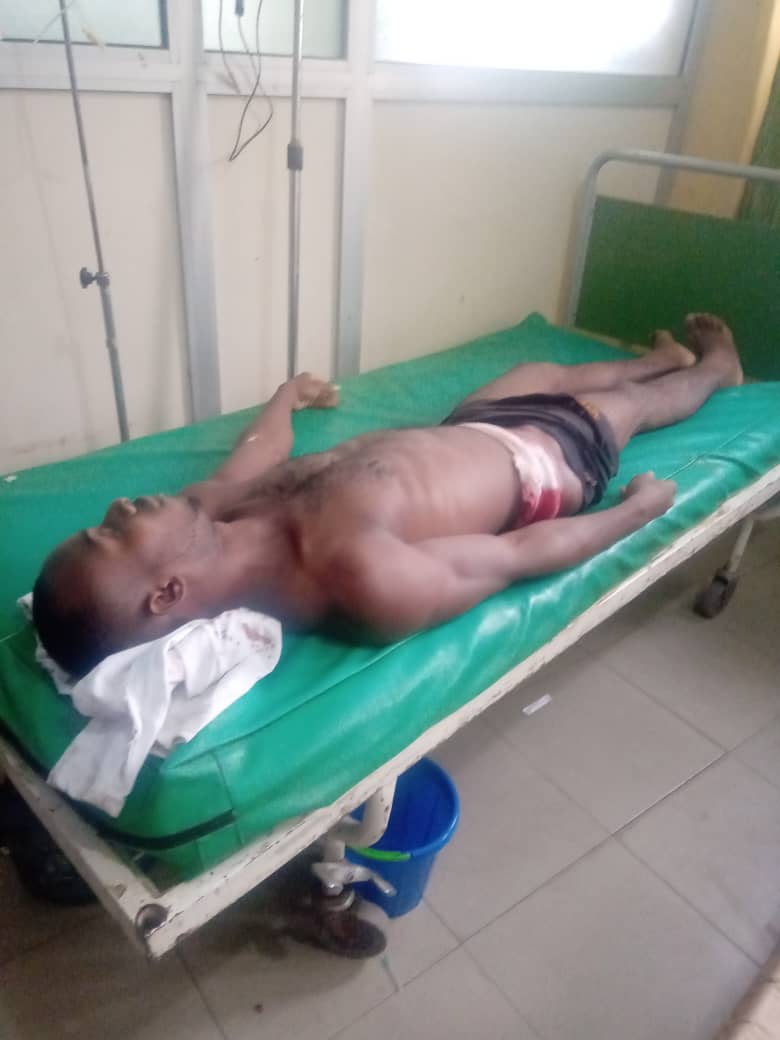