The Federal Road Safety Corps (FRSC) in Anambra State and the Anambra State Ministry of Transport, on Tuesday, commenced a Special Patrol Operations to clamp down on the recklessness of tippers and heavy-duty truck drivers in the State.

The operation is being carried out in conjunction with the VIO, State Transport Management Agency and other sister security agencies such as the Department of State Security (DSS), National Drug Law Enforcement Agency (NDLEA) and Nigeria Security and Civil Defense Corps (NSCDC).

During the operation which will be sustained, trucks with excess loads, those with extra lights, drivers without a drivers license, driving under the influence and under-aged driving among other road traffic violations, will be critically checked by the operatives.

Governor of Anambra State, Willie Obiano had given a directive to the FRSC, on the need for operation, emanating from resolution 13, 2020 passed by the Anambra State House of Assembly mandating the Corps to curb the incessant crashes caused by tipper drivers, as part of measures to improve safety for motorists and other road users.

As a result, the State Transport Ministry and the FRSC had held a series of engagement with the Truck Drivers Unions on the need to adopt best practices in their operations.

The Anambra FRSC Sector Commander, Andrew Kumapayi while speaking during the exercise, said at a meeting held at his instance, a grace period of two weeks had earlier been given to the tipper/heavy-duty truck operators to put their vehicles in order.

According to him, the meeting had in attendance, the executives of all tippers and heavy-duty truck unions in the State, to intimate them on the State Government directives.

“We received a letter from the state government two weeks ago requesting that we commence this clampdown in response to the incessant road traffic crashes caused by this heavy-duty truck. On our own, it has also been a source of concern hence the need to urgently convene the meeting with the truck operators and today, we are enforcing the directive. For just today, we have impounded 16 heavy-duty trucks,” he said.

He emphasized that defaulters will be made to face the law. 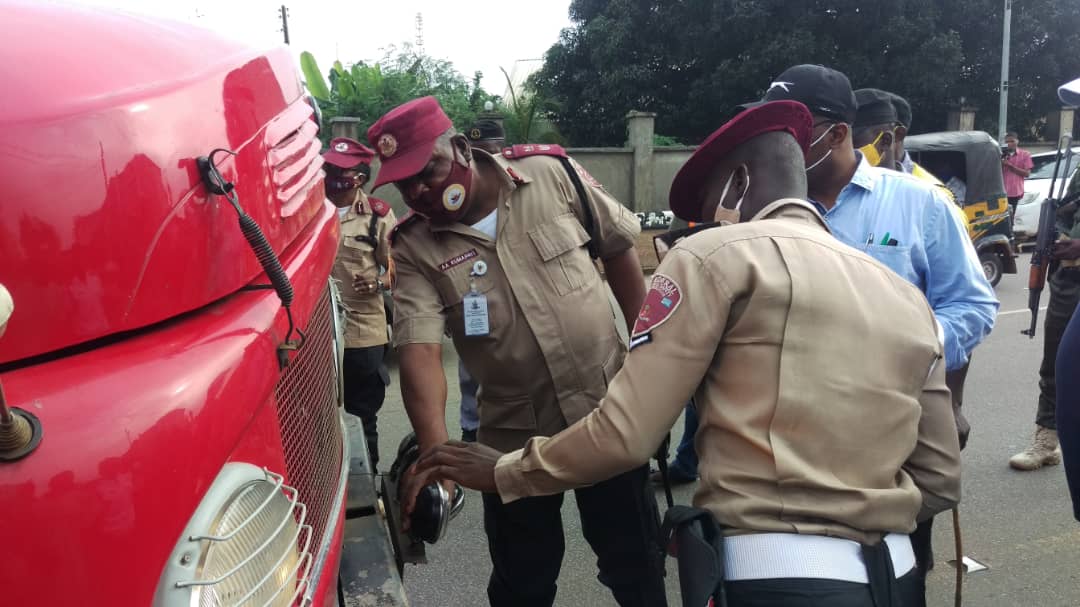 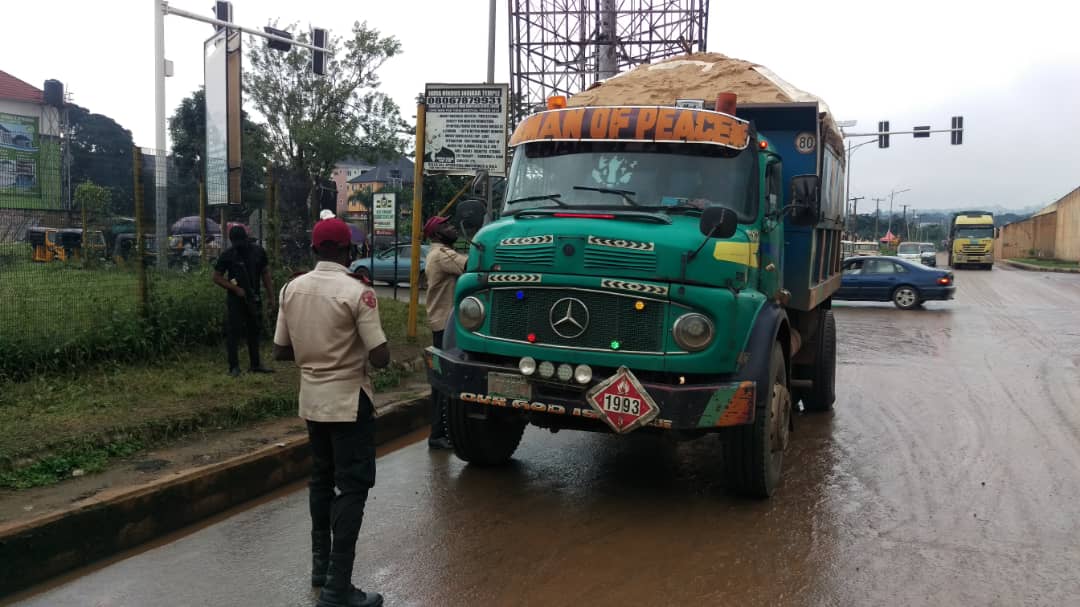 “If anyone is caught, we issue them tickets which they will pay penalties for. In addition to penalties, the drivers will be made to purchase new tyres, or remove any additional structure for overload, or remove additional lights as the case may be. Overall, what we want to achieve is safer roads in Anambra State, for the benefit of the citizens,” Kumapayi explained.

The Anambra FRSC Boss also said they are also getting help from the NDLEA to be able to test drivers for alcohol and other hard drugs.

In his remarks, the Commissioner for Transport, Afam Mbanefo, said the operation became necessary following incessant accidents occasioned by the recklessness of truck drivers in the state.

“The operation becomes necessary following a complaint from the public and response from Anambra state House of Assembly which passed a law regulating the activities of tippers and other articulated Vehicles in the state and passing a resolution, calling on the Ministry of transport and FRSC to enforce it.

“We are here to enforce the directive. All drivers plying the roads in Anambra must drive within the stipulated guidelines. Our people need to stay alive and as a government, we are committed to driving this,” Mbanefo said.