The Mercedes Benz with registration number JJT861XA had collided with the black coloured Ford Edge with enlistment number KWC89AU at about 9.05am, it was gathered.

Confirming the incident, the spokesperson of the Federal Road Safety Corps (FRSC), Pascal Anigbo said the accident was reportedly caused by wrongful overtaking.

He revealed that out of the 3 adults involved in the accident, 2 sustained some degree of injuries.

“The injured victims were rushed to Chira Hospital, Awkuzu by FRSC rescue team from Nteje Unit Command. Traffic control is ongoing at the crash scene, while the arrangement is being made for clearing of the obstruction caused. 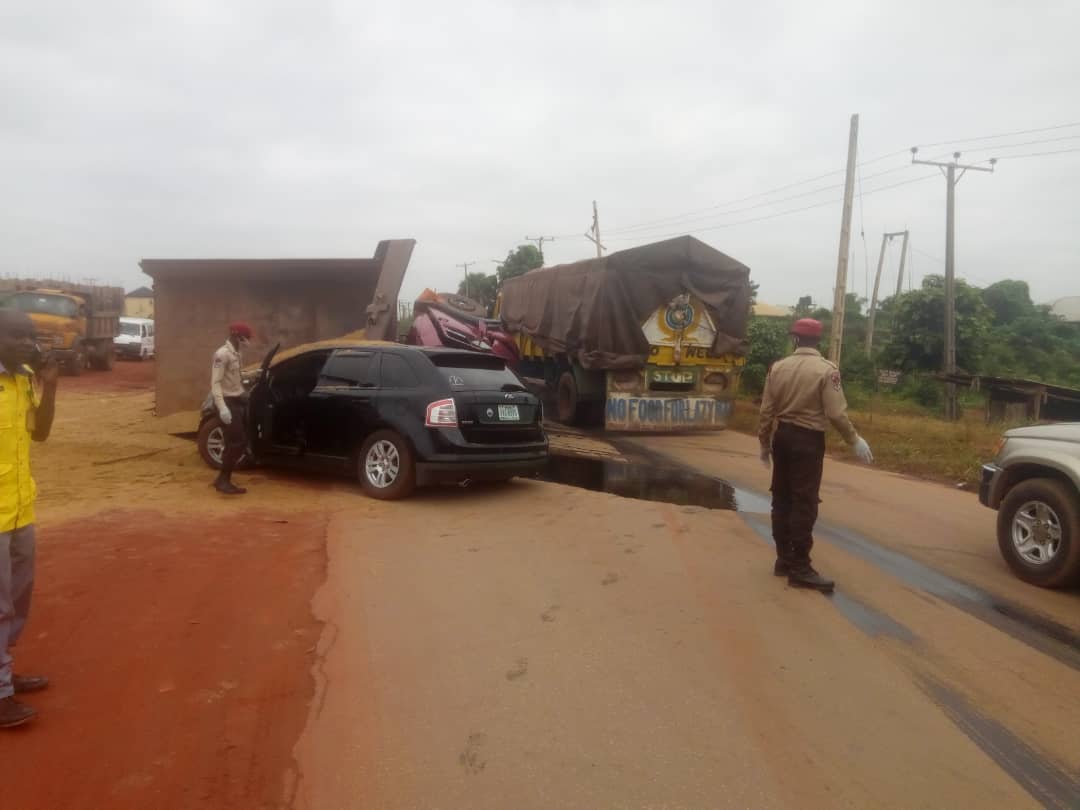 “The FRSC Sector Commander, CC Andrew A. Kumapayi admonishes motorists to always drive defensively and tolerate other road users. Drivers should overtake only when it is safe to do so. He wishes the injured victims quick recovery,” Anigbo said.