Christmas comes late for children with disabilities in Anambra

Over 100 children with special needs across three special schools in Anambra State, today received empowerment items as part of yuletide gifts to them from Anambra Women in Ireland. 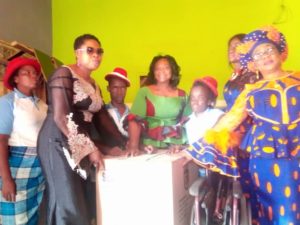 Handing over the items, the President of the Group, Lady Theodora Ayagwu said the gesture was their way of giving back to the society.

She said, “persons living with disabilities are like every other person and in the developed world, the society rally efforts to secure better living condition for them. This is because, on their own, they cannot fend for themselves. Therefore, we owe it as a responsibility to take care of them and that is what Anambra women in Ireland have decided to do.” 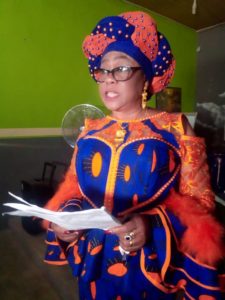 The Chairman at the event, Comrade Innocent Nduanya observed that the gesture will complement the efforts of the state government at changing the fortunes of children with special needs in Anambra.

“Government alone cannot do this. It is a task for everyone and collectively, we achieve a society where such children will have equal rights with their normal counterparts. High net worth citizens of the state should borrow a leaf from these women. Nothing can be too much or too little to give to these children”, Nduanya emphasized.

A lead paper presenter, Dr Ify Iloh while highlighting the need for the society to focus on the strength and abilities of children with special needs, regretted that despite efforts made by the international community and other relevant bodies, many of such children are still being subjected to obscurity by their parents and wards who perceive their conditions as an embarrassment.

“About 650 million people representing 10 per cent of the world’s population are living with disabilities. According to the United Nations, disability is an umbrella term covering three dimensions namely impairment, activity limitation and participation restriction. It is imperative that the society understands that if given a choice, these children would have chosen to be normal but that was not to be. The greatest burden faced by the disability community the world over is that of discrimination and lack of attention,” she noted.

She emphasized the need for increased public sensitization on the rights of persons living with disabilities.
Some of the benefiting children, Chidinma Okoye and Ifunanya Nweke commended the women for the initiative and appealed for more government support towards addressing some of the teething educational challenges they face.