Two brothers of the same parents were yesterday nabbed by the Anambra State Police Command for allegedly robbing a jewellery shop in Awka.

Parading the suspects, the Police Public Relations Officer, Haruna Mohammed, said the brothers had at about 9 am on Tuesday, forcefully entered a jewellery shop at Tempsite, Awka, tied up the salesgirl and covered her mouth with cello tape.

“The suspects also threatened to stab the sales girl on her neck if she screamed and thereafter carted away 33 wristwatches, 14 necklaces valued at over three hundred thousand naira (#300,000) and cash sum of thirty seven thousand naira (#37,000).

“As they were escaping, the salesgirl managed to loosen the tape and raised alarm which led to the arrest of the suspects after a hot chase, by police operatives attached to ‘B’ division, Awka,” he said.

Mohammed revealed that exhibits recovered from the suspects include 33 wristwatches,14 necklaces, cash sum of #37,000 Naira and a wrap of dried leave suspected to be Cannabis Sativa following a search at their residence.

“The suspects had voluntarily confessed to the crime and investigation is ongoing after which they would be brought to book. The Command urges the public who were victims of similar robbery incidents to report at B’ Division Awka in order to enable the Police conduct discreet investigation into the matter,” the PPRO said. 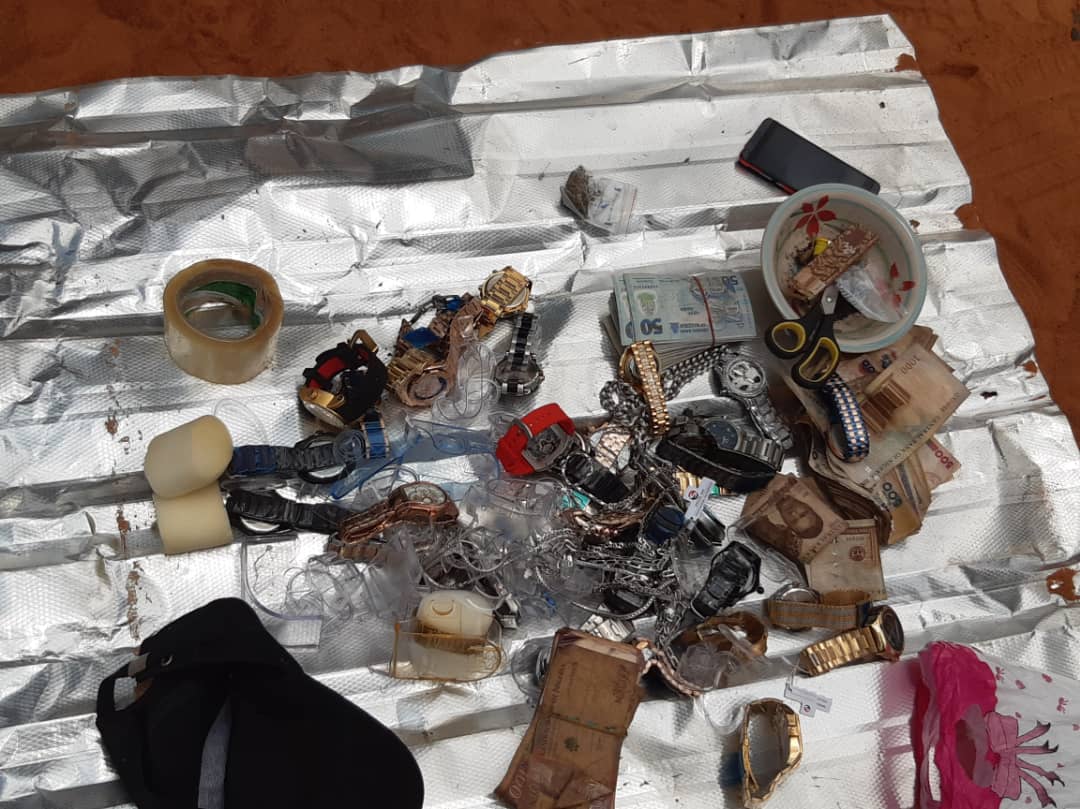