Black Friday in Onitsha as truck crushes six to death

No fewer than six persons lost their lives in an accident involving a truck, three cars and four commercial tricycles near Lagos Park, Upper Iweka, Onitsha, in Anambra State.

The multiple crashes took place at about 10:40 am. 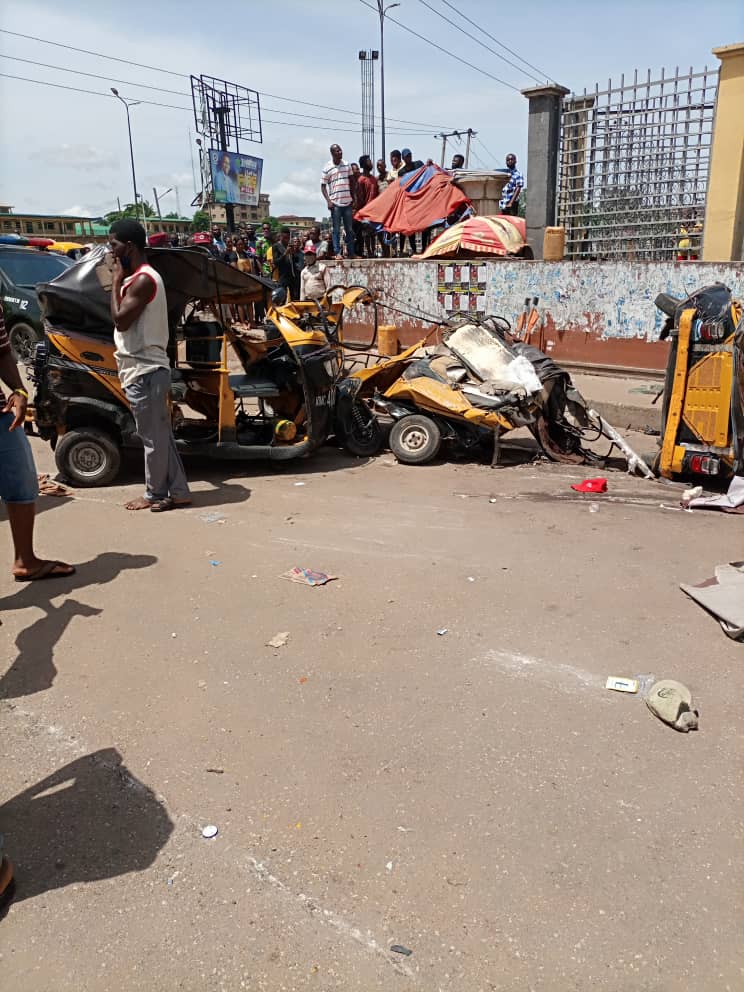 According to eyewitnesses, the brakes of the trailer which was carrying a 20ft container loaded with rice failed and the driver lost control of the vehicle.

“The driver had veered from one side of the road to another in a bid to avoid vehicles but the crowded nature of Upper Iweka did not help matters. The driver finally crashed on all these vehicles crushing people to death,” they narrated.

When TNC visited the scene at about noon, men of the FRSC and Police were seen trying to lift the truck using a crane, as some victims were still trapped under the truck loaded with bags of rice. 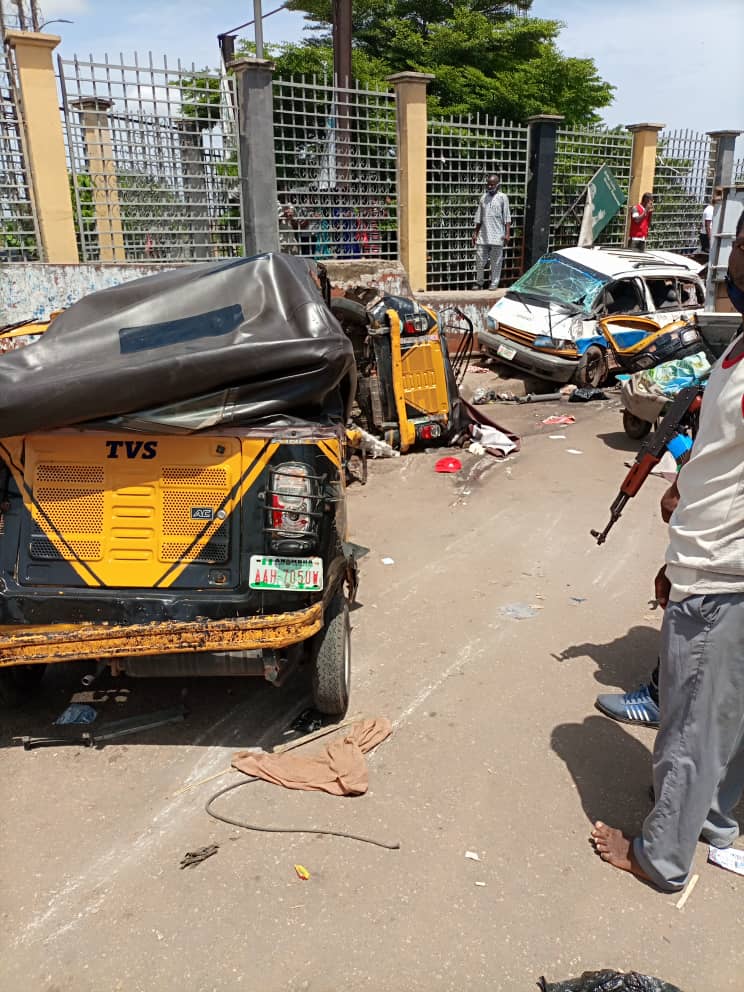 The Public Education Officer of the Federal Road Safety Corps, Pascal Anigbo said the victims were rushed to Toronto Hospital, Onitsha by the FRSC rescue team from Upper Iweka Outpost.

“A total of six persons (5males and 1 female) were confirmed dead at the hospital, while four (4) males were critically injured, but responding to treatment. The corpses were deposited at the morgue, in the same hospital.

“The obstruction was cleared by Julius Berger Construction Company and the vehicles towed to Central Police Station, Onitsha and we had support from our sister security agencies assisting during the operation,” he said.

He reiterated the warning of the FRSC Sector Commander in the state, Andrew A. Kumapayi against vehicle owners and drivers, especially articulated vehicle operators plying the highway with faulty vehicles.

“They should ensure that their vehicles are checked and serviced regularly, with particular interest on the braking systems, to avoid unnecessary road mishaps. He sends his condolences to the families of the dead and wishes the injured victims quick recovery,” Anigbo said.