Big Man on a Reckless Okada: A Land of Perpetrators and Victims?

Nigerians woke up to gory amateur videos of the shooting of unarmed #EndSARS protesters at the Lekki tollgate, Lagos which occurred yesterday. What disturbing is that while the youth held the national flag and chanted the national anthem as a symbol of their patriotism to their fatherland, the shooting spree continued under the cover of the dark, when CCTV cameras had allegedly been removed. The photo of our national flag, stained with the blood of the young martyrs trending various social media handles captures the sober mood of the nation. While it will go down in history that a lioness devoured her cubs, we pray that this trigger would not portend the great danger that we all dread.

What happened yesterday reminds us that although society can safely be described as consisting of the “House of Lords” and the “House of Commons,” there is still a very significant group which is often unnoticed that lies within every power structure. This hidden but super-power cell within the command structure consists of those who call the shots. They determine who gets what but are not interested in climbing to the top. This kitchen cabinet often works behind the scenes. To undermine this group is to dig your grave as they consider their “Man” as an idol that should be worshipped, adored and glorified. Those who belong here may appear weak and foolish, if you dare “Their Majesty,” you are sure to get a venomous reward. Again, the videos of supposedly sponsored hoodlums in some parts of Jos, Kano, Abuja and Lagos who attacked peaceful protesters and destroyed lives and property tell where these perpetrators belong.

The best description this writer has found for this “inner circle” is what a colleague, Fr. Pasim Tembe calls, slaves of the establishment. To be sure, he clarified that there are slaves, as distinct from sons of the establishment. This distinction is in content of character and size of actionable results. While the former are diehard fans who have zero tolerance for any dissenting voices against their Master, the later are equally legitimate heirs of the enterprise who are desirous of a better society and so, critical of unwholesome activities towards integral development.

From Cameroon to Ugunda, there are brains behind unpopular regimes. While Cameroun is contending with Paul Biya’s inner circle of advisors led by his Chief of Staff and nephew, Samuel Mvondo Ayolo, in Uganda, protégés like Lt. Col Michael Katungi are bent on ensuring a life-presidency for Yoweri Museveni. Although these despots in civilian clothing are culpable of their actions, their acolytes who are always ready to gag dissenting voices or eliminate anyone who opposes their “gods” are even greater culprits.

Like the days of General “Tunde” Idiagbon (14 September 1943 – 24 March 1999), our own current slaves of the enterprise “control all visible instruments of national, political, governmental and administrative powers.” They are also “responsible for introducing, announcing and implementing many of the government’s major policies.”  Blind obedience is the name of the game and those who have the cards in safekeeping are the no-nonsense vassals. While they hold the cards, their eyes are on anyone who dares to change the game. Sadly, their gain is nothing compared to their pain as their Pay Masters know that their slaves can go to any extent to protect them. These stooges fail to remember the African proverb which says: “Anyone who allows his head to be used in breaking coconut might not live to either eat it or drink the water.”

Like the social structure of ants, the last soldier is ready to risk his life for the Queen Mother. In like manner, slaves view other sons and daughters of the establishment as fifth-columnists who are intent on secretly assisting an external attack. While they keep lamenting about their icon in hiding, they are uncomfortable with any public scrutiny. Whether their boss is right or wrong, they have readymade answers to hold brief for him. Sometimes, they anticipate what the boss would say and so, speak on his behalf only to be embarrassed with an abrupt contradictory remark from the same man they are trying to shield from the public.

The most horrible part of the business is that whether they are mere sympathizers, spokespeople, party faithful, security agents, admirers or beneficiaries, for them, all speeches and remarks by their Oga at the top are infallible. Those who genuinely scrutinize anything are summarily condemned and labelled. What is more, they are seen as wailers and dividers-in-chief who have no right to speak about the establishment. Any attempt to make them see reason is resisted. Like the Platonic World of Forms, they are buried in the darkness of their slave-master’s wimps and caprices.

Anyone who tries to sweet-talk them out of this predicament courts trouble. They insist that: “Those who stay in a glass house do not throw stones.” Regrettably, this is the albatross of black Africa where those in power have succeeded in dividing the electorates into “Us” versus “them.” The former are the slaves of the establishment who like soldier-ants are ready to die for their Master rather than the nation. The later are the masses whose rights are denied and are threaten to remain silent or suffer dire consequences. This unfortunate scenario has further replaced patriotism with mediocrity and cult-worship.

The aim in view is to create a legion of complacent followers. When complacency is enthroned, the harshest critic is soon bought over. He or she exchanges principle for a plate of porridge at the Master’s table. With a mouth full of the apple of corruption, they now join the bandwagon and consider their former comrades as mere armchair critics who are seeking for relevance. This is why Africa has remained a continent where children of the enterprise are at the mercy of the few slaves whose teeth are decorated with double-talk. 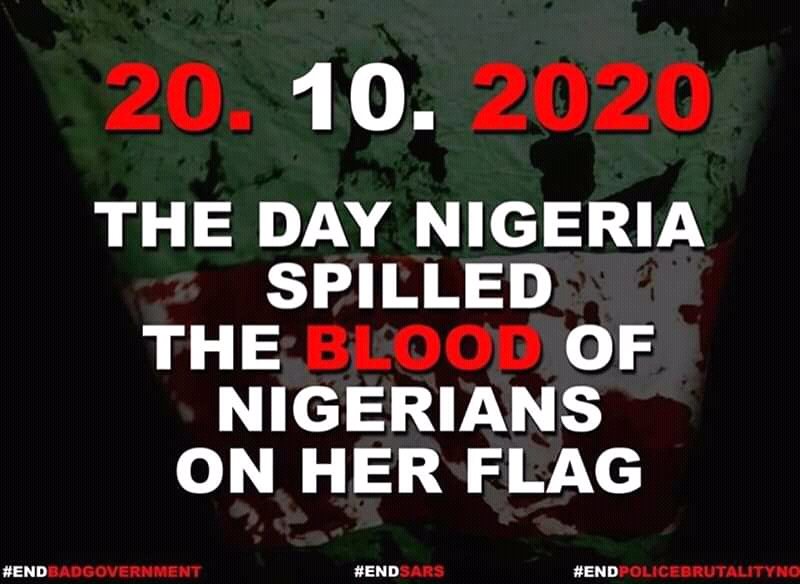 For this enterprise (country) to survive, stakeholders must strategically depopulate the Master’s inner circle by convincing the slaves that they are being used and would soon be dumped. In addition, they must be reminded that patriotism is superior to hero-worship for temporal gains. Those who defended lies in previous administrations now have their consciences to contend with. Therefore, it is our collective responsibility to prune the garden of these leaders who are bent on using our kith and kin to balkanize the enterprise. It is hoped that the big man on the reckless Okada would soon realize that voices of reason are for the good of the nation and that the slapdash slaves are intent on a crash. Unless our political leaders are smart enough to slow the Okada riders down, their Uhuru might translate into a dirge. May the dead find peace with God and our young people seek legitimate means to end impunity and bad governance in our dear country. God bless the Federal Republic of Nigeria!