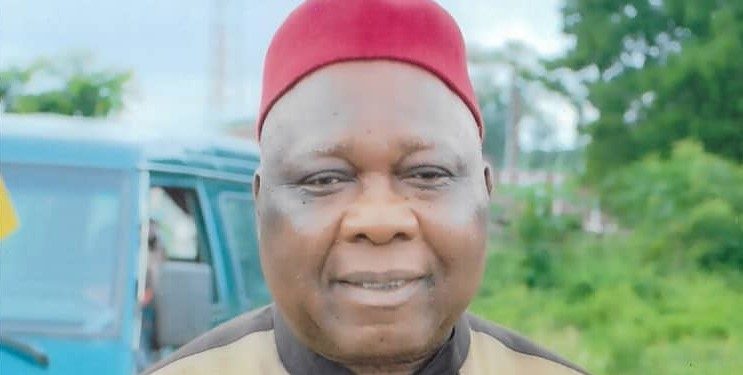 Before his death, Awuzie was a member of the Imo State Elders Council and Commissioner in the Imo State Oil Producing Areas Development Commission (ISOPADEC). He was 82.

The Eternal Sacred Order of Cherubim and Seraphim on Wednesday disclosed that the burial rites for thepolished, thoughtful and intelligent Apostle-Generalwould begin on Friday, November 26, 2021 in Oguta Local Government Area.

‘’There will be a Service of Songs at Awuzie’s compound, Umuomi, Agwa at 4:00pm while  Social Night (Feast of Praise) will begin from 9:00pm at Umuomi Agwa Primary School Field’’.

A release by the Secretary of the Holy Order, Elder Napo Emuchay said the remains of the Traditional Prime Minister of Uwaorie-Agwa Autonomous Community, the Ikemba 1 of Oguta Local Government Area and member of the Eternal Sacred of the Cherubim and Saraphimwould be interred on Saturday, November 27, 2021 in his hometown, Umuifoegbuleihe Umuomi, Agwa.

On Saturday, November 27, 2021, the body of His Eminence, Apostle-General Aaron Onyedikachi Awuzie will be moved to his hometown, Umuifoegbuleihe, Umuomi, Agwa for family members, friends and all invited guests to pay last respects.

‘’A funeral service for the charismatic Awuzie by the Eternal Sacred Order of Cherubim and Seraphim will take place at 11am while a thanksgiving service will hold on Sunday, November 28, 2021’’.

Meanwhile, Business Mogul, Ekene Igwe, has described the late Apostle-General as a colossus.

‘’His Eminence, Apostle General Aaron Onyedikachi Awuzie was a man of principle, a role model to many and unarguably a man of the people. We will miss him greatly.’’