Anambra mourns as yet another crash claims one life, injures 2

One person has died and two others injured in an accident along Awka-Onitsha Expressway early today involving a tanker, a 911 lorry and a Honda CRV. 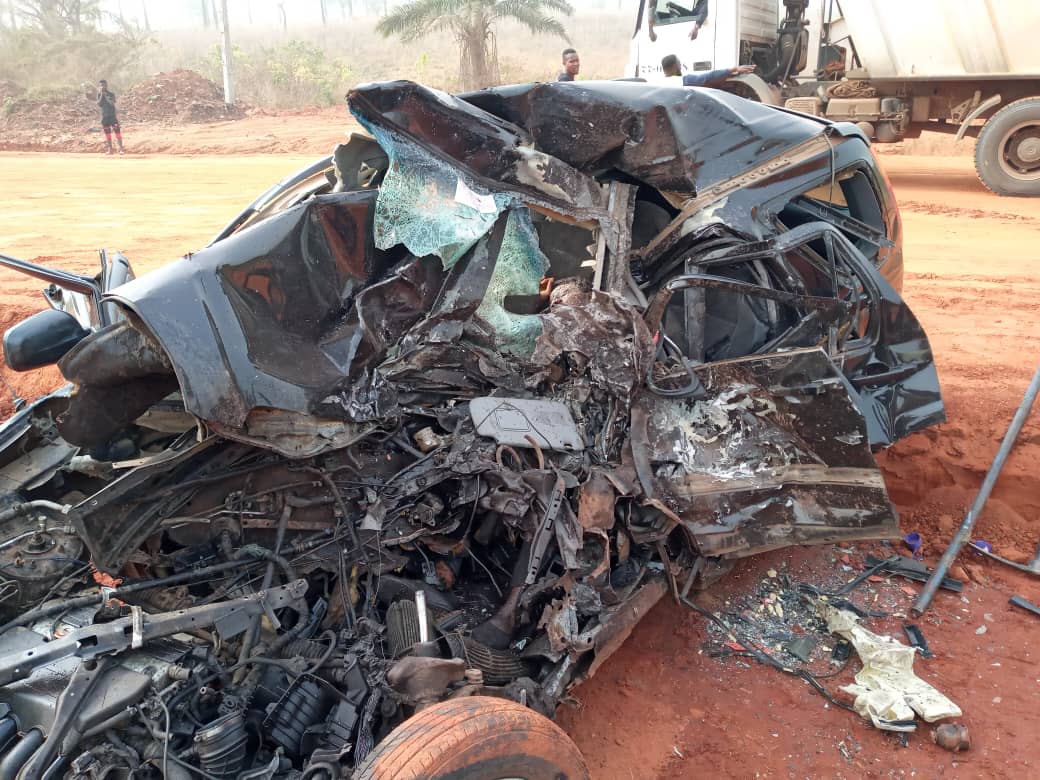 The oncoming petrol tanker with registration number NKJ 789 XA in a bid to dodge the 911, then collided with the Honda CRV, killing the car driver instantly.

When our correspondent arrived at the scene this morning, men of the Federal Road Safety Corps (FRSC) were seen trying to dismantle the compressed Honda CRV to evacuate the dead person and control traffic.

Premium Motor Spirit (PMS) from the tanker was also seen spilling onto the road. 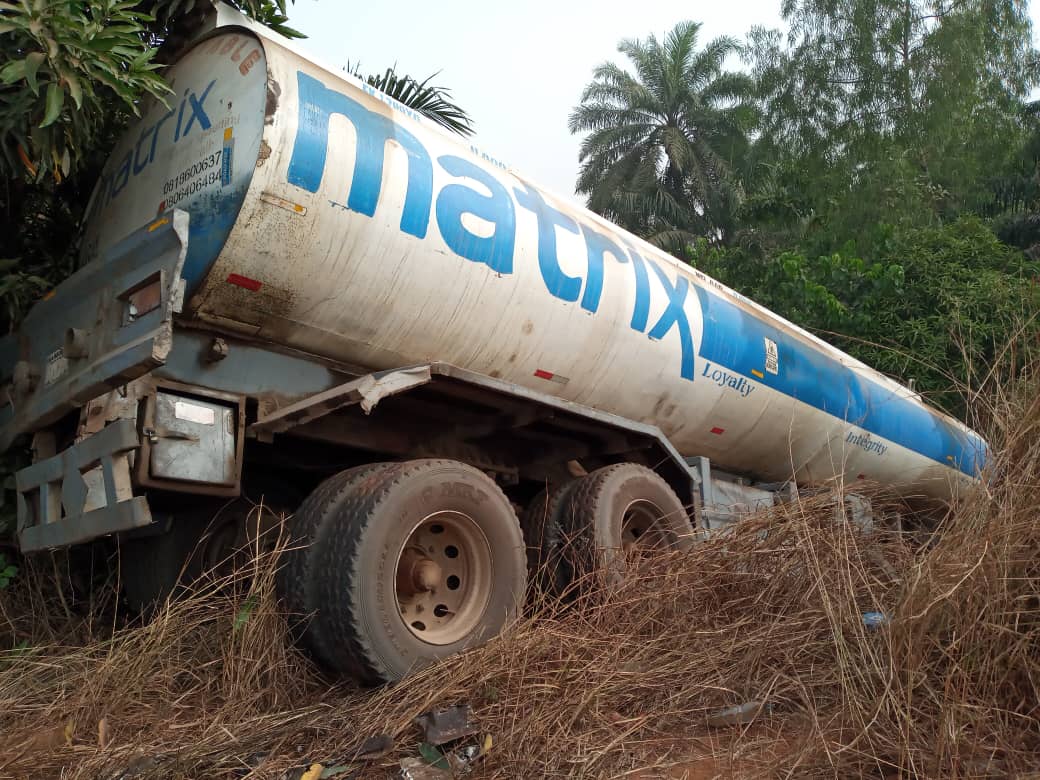 According to the FRSC spokesperson in the State, Paschal Anigbo, the injured persons have been taken to the hospital while the State Fire Service has been alerted to be on standby in case of any eventuality.