Awka – Anambra State Physical Planning Board (ANSPPB) has launched an online portal for the automation of its building permit processes. 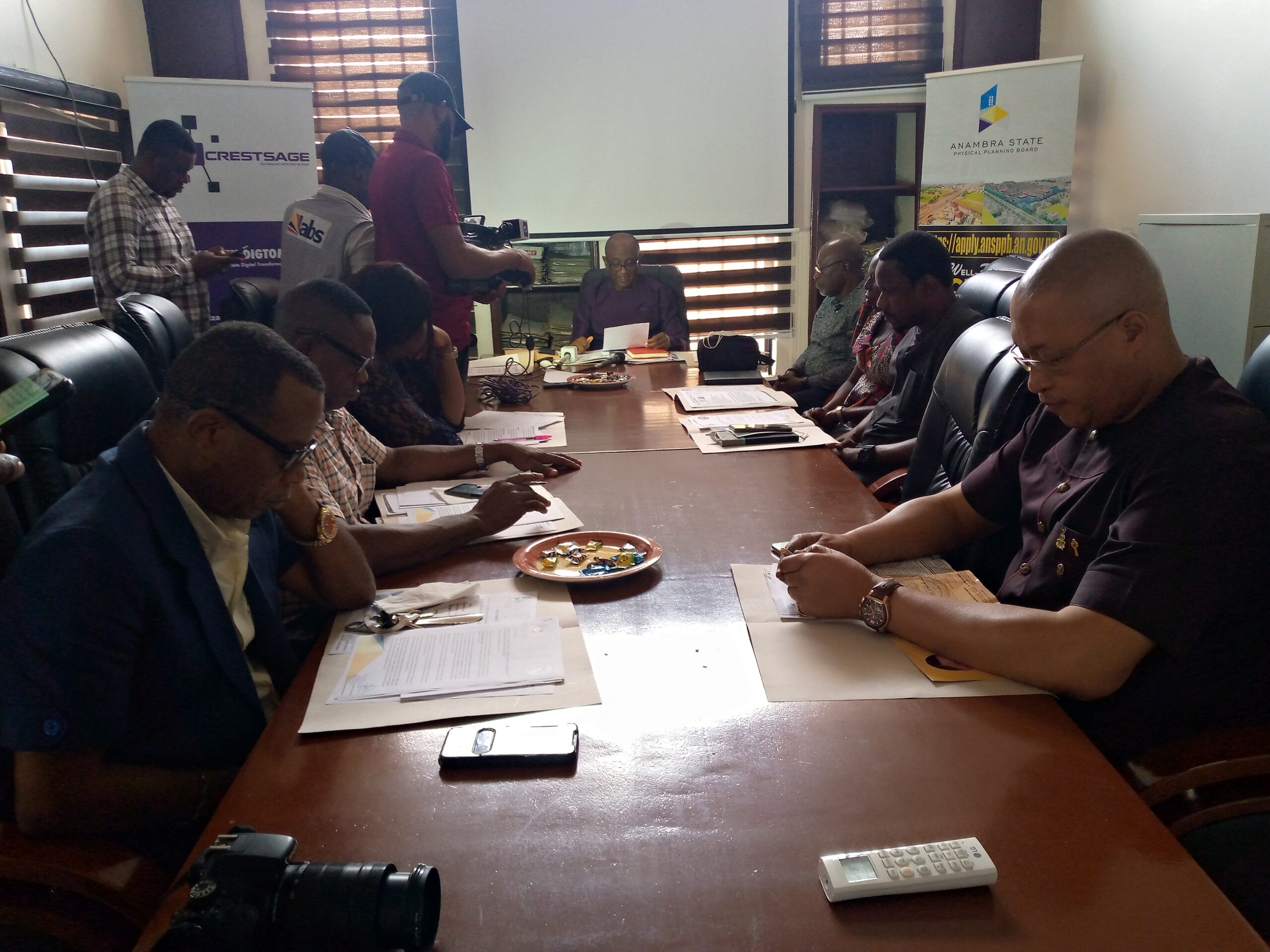 The online service platform available on (www://ansppb.an.gov.ng), enables residents to initiate and conclude all of their service requests and get approval for their building plans across the state, via the platform.

Powered and managed by Crestsage Limited under a Public Private Partnership model leveraging the Hammock Digtomy solution, the initiative is offered as a hybrid for high availability and disaster recovery capabilities.

The initiative consummates efforts at digitalization of the state’s building plan approval processes.

Speaking at the launch of the online portal on Thursday, the Chairman, Anambra State Physical Planning Board, Barr Chike Maduekwe, said the portal is a project under the Anambra State Integrated Urban Regeneration Program conceived by the Governor Willie Obiano’s administration in June 2020, aimed at positioning the state as a leader in e-Government and ease of doing business nationwide.

He said the next phase of the initiative will engage key stakeholders towards revolutionizing the State’s broadband penetration.

According to him, to ensure that the State Government delivers a robust Right of Way implementation Masterplan, the broadband penetration stakeholder session is scheduled for February 10th 2021.

Maduekwe revealed that the digital transformation project of ANSPPB has re-engineered and automated its business processes and deployed an archiving solution to enhance information security and integrity of the State’s information assets.

“Other features of the solution include upgrade of the board’s physical archives, deployment of a data centre, data analytics, reporting and digital literacy training workstreams for technical capacity development of the Board’s teeming workforce,” he explained.

The ANSPPB Boss said with the milestone, Anambra residents can now process their building approval needs and related services online and timely.

While assuring users of a smooth transition to the new digital system, Maduekwe said they have taken very important aspects of the solution into consideration to facilitate timely processing of applications, adequate customer service and technical support for stakeholders to navigate the new system.

He urged developers who feel they have been defrauded by officials of the State Physical Planning Board to come forward with evidence to enable government take the necessary actions.

“The Board has taken a lot of steps to mitigate instances of its staff extorting money from developers in the name of obtaining permit for them. However, what we observed is that most times, developers are the cause because they want to cut corners and not provide all the required engineering details for the permit. We encourage all developers to follow the necessary processes and ensure that they get their permits from the appropriate sources. On our part, we will not hesitate to deal with any staff found to have taken part in giving illegal approvals or diverting state government revenue,” Maduekwe reassured.

Also speaking, the Managing Director, Awka Capital Territory Development Authority, Venerable Amaechi Okwuosa said the agency is working with the Board to avoid multiple collection of permit levies from developers where their functions overlap.

“Because 24 towns were recently placed under the control of ACTDA, it is a challenge for the Executive Secretaries I charge of the Local Government Areas to delineate their functions. But we are working out those things and soon, such conflicts will be a thing of the past. What I want to assure Anambra residents is that there is no rancor between ANSPPB and ACTDA,” he said.