Anambra State Government has directed the immediate decommissioning of all cooking gas plants attached to Petrol stations across the state.

This was the outcome of a meeting between the State Government and owners of cooking gas plants including owners of gas skids located in petrol stations, held at the SSG Conference Hall, Government House, Awka.

The meeting was also attended by officials of the government involved in Structural Development Control such as the Anambra State Physical Planning Board (ANSPPB) and Awka Capital Territory Development Authority (ACTDA), law enforcement agencies such as the police and the DSS as well as representatives of the Petroleum dealers.

Briefing the gathering, the ANSPPB Chairman, Barr Chike Maduekwe said the State Government through the agency had on the 18th of October 2018 issued a circular to the filling stations involved to remove the gas skids but the notice had gone unheeded.

He said the latest directive was necessitated by the spate of gas explosions across the country and the State’s commitment to forestall such occurrence in Anambra State.

“The State Government believes in proactive actions. And learning from the recent unfortunate incident in Lagos which claimed many lives and destroyed properties, we want to streamline the activities of operators in this sector to conform with standards. We had started this process since 2018 but a lot of issues came up,” Maduekwe said. 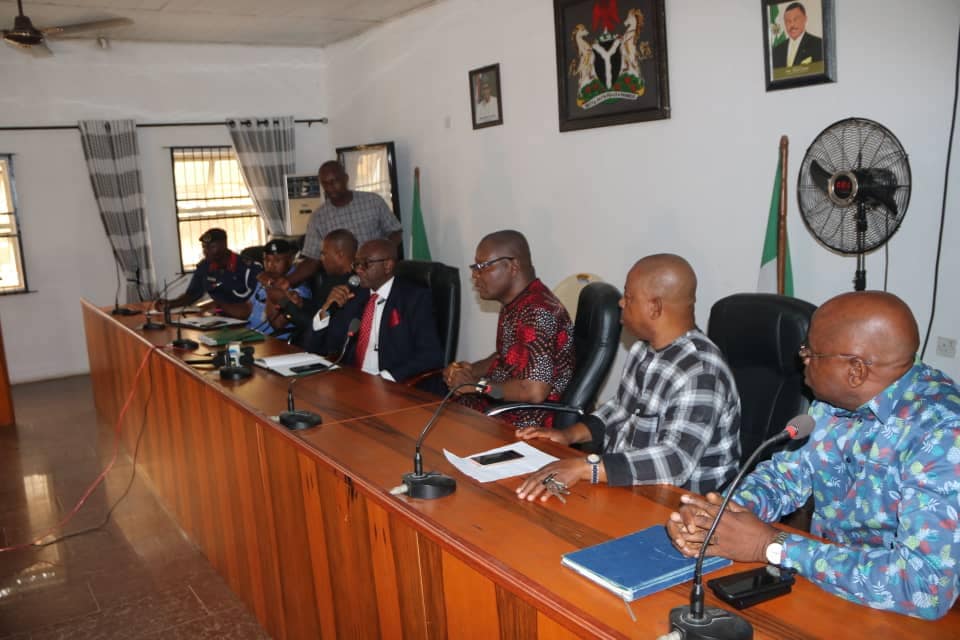 The ANSPPB Boss who maintained that the present administration believes in encouraging businesses to thrive in the state explained that the exercise is not to witch-hunt the operators but to ensure that they operate within the confines of safety.

On the claims that the operators have a license from the Department of Petroleum Resources (DPR) to accommodate a certain quantity of cooking gas within the filling stations, Bar Maduekwe said such licenses are subject to ratification by the independent Development Control arms of the various state governments.

According to him, “Any approval from the DPR must go through our authorities here as we are the ones on the ground and understand the best things that can work here. Anambra Government has weighed the situation and found that it is healthier to decommission such gas skids totally. We are also going to look into gas plants cited in residential areas. This is totally unacceptable and we will also remove them. This meeting is to get the buy-in of the operators to remove these facilities by themselves, having understood the risk they pose. We have acquired specialized equipment for the exercise. Now, the government has given enough time for operators to heed this warning and will commence this enforcement in the next one week.”

The Senior Special Assistant to the Governor on Petroleum Matters, Comrade Peter Nwosu noted that contrary to the Standard Operating Procedures (SOP) approved by DPR which allows them to keep small quantities of cooking gas, the affected filling stations have very large gas skids which pose a great danger to the lives of the people.

“This action is necessary is to secure the business of our people and the lives of those who come to patronize them,” he noted.

On his part, the managing director, Awka Capital Territory Development Authority (ACTDA), Venerable Amaechi Okwuosa said there is a high prevalence of attachment of gas skids to filling stations, hence the need to correct the ugly incident.

“Most attendants at these fillings stations are not well trained and most of the filling stations do not have the necessary safety requirements. This is very worrisome and this time, we are very serious. These are means of making money but when the lives of the entire populace are actually in jeopardy, collective responsibility ranks higher than personal interests,” Okwuosa opined.

The State Chairman of Petroleum Dealers Association of Nigeria, Chief Osita Obi-Okafor assured that they are going to comply with the state government’s directive but appealed for proper sensitization of their members before the enforcement.

“We want to say that while we agree that those gas plants that pose threat to life should be removed immediately, we appeal that those ones that are not really be allowed to stay and the owners made to put the necessary safety measures in place. We cannot fight the government but the truth is that having these plants in filling stations helps our people a lot, considering the far distance where the gas layout is located,” he noted.