by Kenechukwu Ofomah
in Featured
0

Onitsha – Anambra State Government has demolished perimeter walls illegally built on a parcel of land reserved for judges’ quarters,  located at the back of the State Governor’s lodge, GRA Onitsha in Onitsha North Local Government Area. 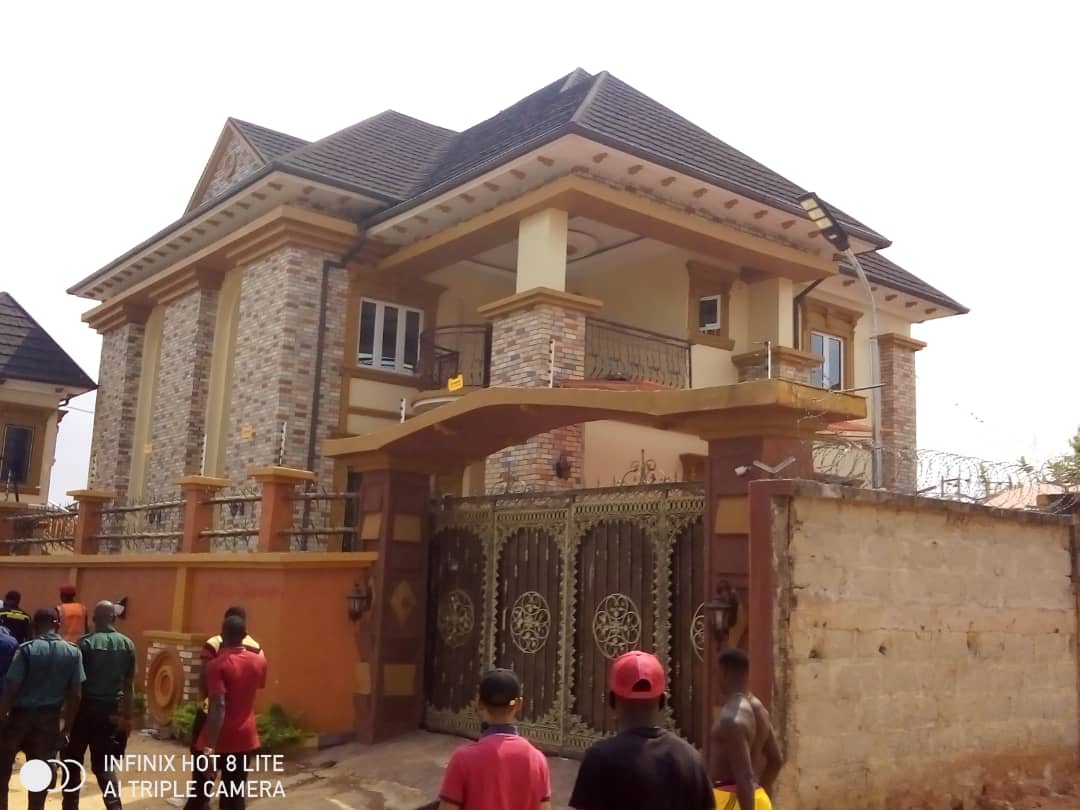 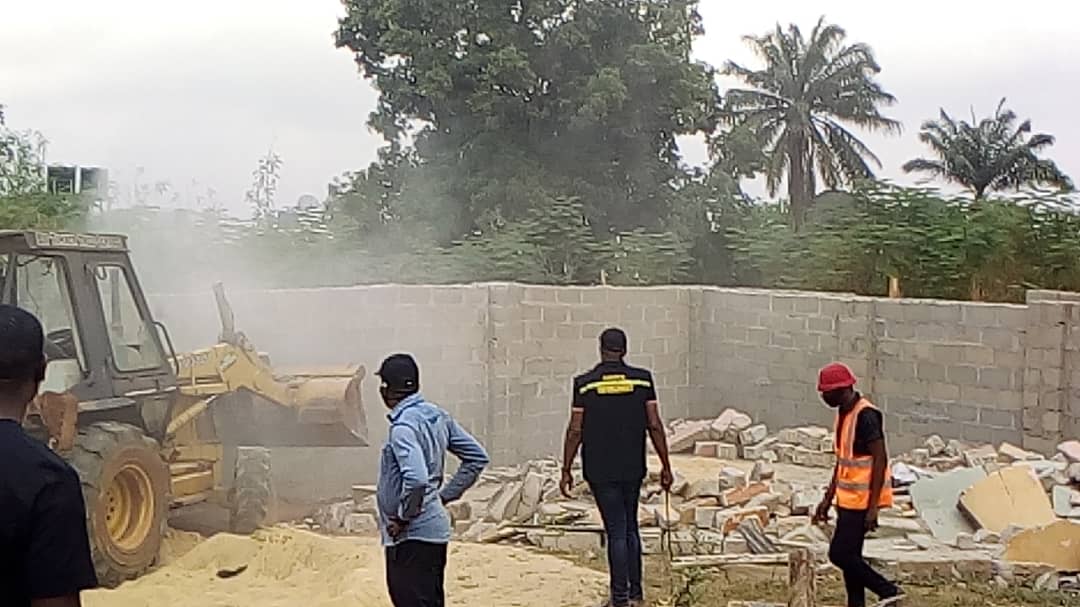 The demolition exercise which began as early as 10:30am on Friday, was led by the Executive Chairman of the Anambra State Physical Plannings Board, (ANSPPB) Barr. Chike Maduekwe, accompanied by the Onitsha North Local Government Chairman, Hon. Patrick Agha Mba, the General Manager of the Board, Mr Nwabufo Anene and armed security officers.
TNC correspondent gathered that the land was formally allocated to the state judicary for the purpose of building judges’ quarters, but was encroached on by some developers.
The State government had also served the developers the necessary processes, requesting them to show proof of allocation which they failed to do until the enforcement.
One of the developers however, was said to have claimed that the land belongs to their family and was released to them by the Federal Government.
Speaking to newsmen after the exercise, the ANSPPB Chairman, Barr Maduekwe, explained that the board is carrying out the exercise, following the order of the state government to recover all its lands that have been taking over by land grabbers.
He said the Board is worried at the rate which individuals encroach on Government lands and is committed to ensuring that the impunity regime is brought to an end.
“It is worrisome how our people are invading Government property without illegally. And the governor has given us the mandate to recover all the lands. We have started and have recovered many lands. We won’t stop until we end this impunity by some people,” he said.
Madueke appealed to anyone still building on the said land to desist forthwith and follow a lawful means of acquiring properties, instead of intimidating government officials with hoodlums.
The General Manager of the Board, Mr Anene disclosed that the board’s action was imperative, after several efforts have been made and removal notice have been served to the unidentfied encroacher to vacate the land but no response was received.
Operatives of the Board later proceeded to mark some unapproved buildings erected at Water Works, Onitsha.
The land had been parcellated and buildings erected on it.
The notice pasted on the marked buildings invited the developers to a meeting to show proof of land allocation and the building permits.
According to the ANSPPB Chairman, Maduekwe, the meeting with the developers will hold on Monday, January 18th, 2021, at the Board’s headquarters in Amawbia.
Tags: anambraJudges
ShareTweetSend

The hypocrisy of Nigerian Leaders

Why Africa Needs More Than Military Aid to Defeat Terrorism

Busted: How son connived with mother to defraud victim in Kaduna