by Kenechukwu Ofomah
in trending
0

Awka – The last may not have been heard of the assassination of the deposed traditional ruler of Mkpunando Aguleri in Anambra East Local Government Area of Anambra State, Igwe Alex Edozieuno, as the Anambra State Chapter of the All Progressives Congress has accused the state government of complicity in the dastardly act. 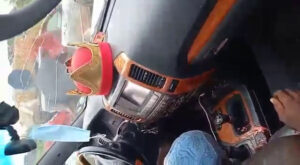 Igwe Edozieuno and his driver identified as Chukwuemeka, were assassinated on Friday by gunmen while on their way near Ezu river.

Edozieuno was among the traditional rulers that were suspended in 2019 by the Willie Obiano administration for allegedly accompanying a business mogul in Anambra State, Prince Arthur Eze, to Abuja, to discuss matters of the state with President Muhammadu Buhari.

He was later dethroned last year, at the expiration of the suspension duration and another king installed in his stead.

In joint press conference on Sunday, the state chairman of APC and the Director General of Andy Uba Campaign Organisation, Basil Ejidike and Paul Chukwuma respectively, described the monarch’s death as “political killing”.

“Recall that a few weeks ago, the late traditional ruler joined our political party, the APC in a public function. His reception into the party took place in his hometown and was attended by many Anambrarians.

“We now wonder why, especially against the backdrop of the incessant threats the members of the APC are receiving from the sitting APGA government. We have been receiving death threats; threats to our families from highly placed individuals in APGA, including a close female relation to the governor and a member of the house of representatives.

“We are calling on the law enforcement agencies – the police, the DSS to quickly move into action and conduct a proper investigation since the threats have now started translating to deaths.

“Our resolve to salvage Anambra State as stakeholders in the state remains unshaken.

“Recently, it might interest you to note that some members of APGA, six state Assembly members joined our party and each and every one of them has been receiving threats from the wife of the governor and Hon. Chinedu Obidigwe. And we wonder whether these individuals are above the law.

“We could have swept these threats under the carpet but with the way and manner Chief Alex was killed, a few kilometres away from his home, we wonder why we should be in this situation in Anambra State,” they said.

But in a response on Monday, the Anambra State Commissioner for Information and Public Enlightenment, C-Don Adinuba said it would be callous of the APC, to attempt to politicize the death and allege that the murders were preceded by threats and text messages without proof.

He worried that APC’s evidence is that the late Chief Ezediuno, who was deposed as a traditional ruler alongside three others last December, purportedly joined their party a month ago, querying why is no one threatening the other three former monarchs.

“Rather than politicize the ex-monarch’s death, the APC should provide whatever it has about the crime to the Nigeria Police Force. After all, the APC is the Federal Government party which controls not just the police force but also the Department of State security,” he said.

The commissioner said it would seem, that the APC in Anambra is unable to reconcile itself to the new order in the state, saying as its prominent members have a well-established record of violence, the party will always assume that the leaders of other parties have the same proclivity towards violence and murder.

Anambra and the Burden of Wisdom