25 women from Ezi-Umunya village in Umunya Community, Oyi Council Area of Anambra State have been suspended by the traditional ruler of the Community, Igwe Chris Onyekwuluje.

The women had organized a protest against the traditional ruler after he directed Police operatives to arrest some suspects in the maiming of a youth in the community, Chinenye Okwundu. 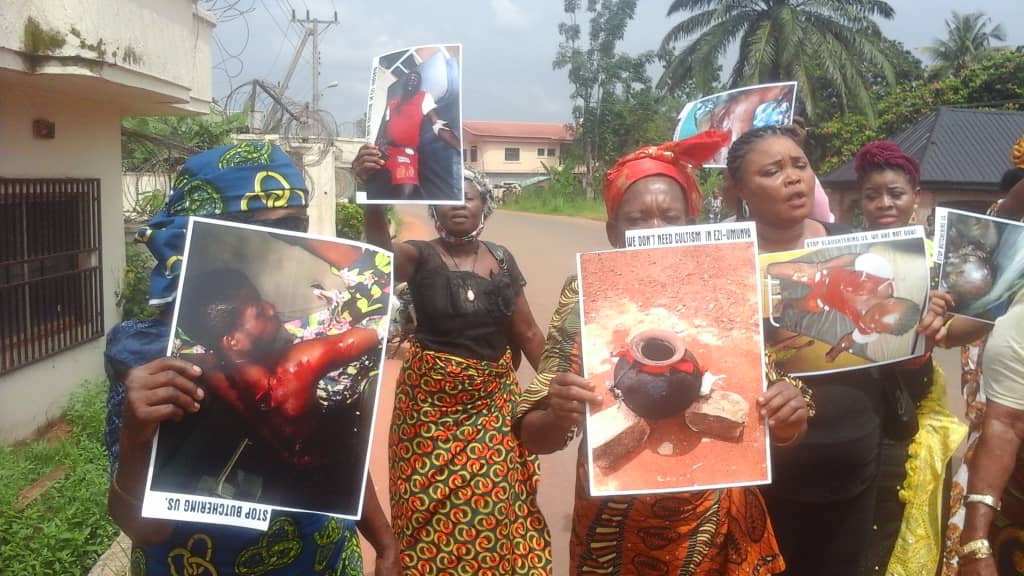 Okwundu was on Wednesday inflicted with deep machete wounds by the suspects over issues concerning the sale of communal land.
The women it was gathered, were members of the families of the suspects arrested by the Police, most of whom have been fingered as championing the regime of maiming with machetes in Ezi-Umunya village.

Investigations reveal that the villagers are having serious problems with some individuals who are accused of selling communal lands belonging to the village because they challenged their illegal business.

Over 10 persons have been inflicted with very deep machete wounds as a result of the crisis, the recent being that of Okwundu who is presently in a critical condition in one of the hospitals in the village, as a visit revealed.

Announcing the punishment, Igwe Onyekwuluje explained that after the Wednesday incident, Police had sought to arrest the individuals fingered, which he obliged them, only for the women to embark on the despicable action. 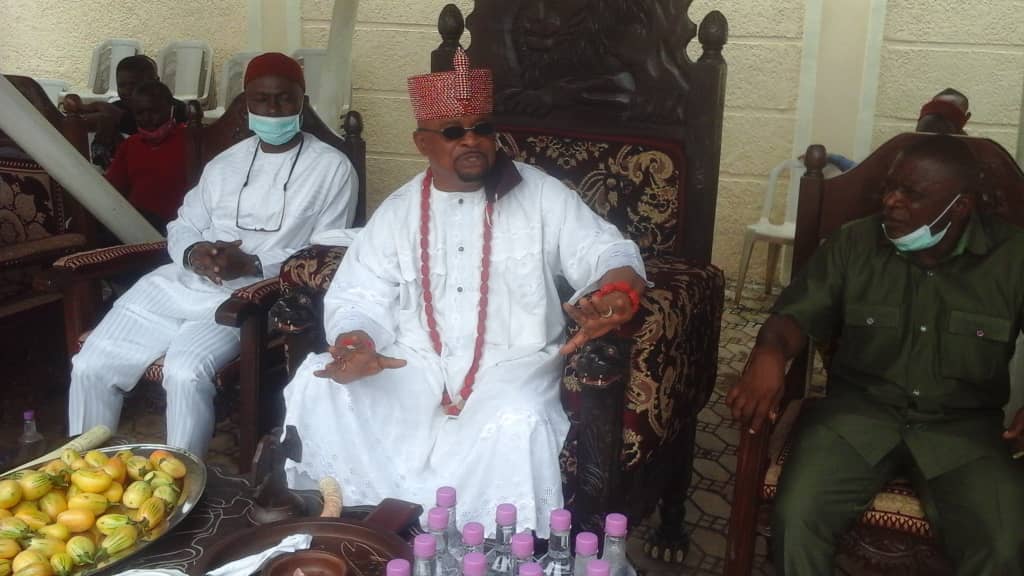 He said the women have been banned from all activities of the town, pending when they would have been tried by the town union and the necessary traditional rites of cleansing performed.

According to him, for them to organize the protest, simply implies that they support the maiming.

The King warned that anyone found to be still in contact with them will be made to suffer the same fate as they.

“A monitoring team will be set up to ensure strict compliance with this order. We must as a community, purge the town of this evil that is ravaging us. We have tried to follow issues in the community calmly so as not to cause trouble but it appears that is the reason things are getting out of hand,” Onyekwuluje lamented.

He alluded that the issue resulted from the illegal sale of land, noting that the Igwe-in-Council has evolved a strategy to address the problems emanating from of sale and resale of community lands by unscrupulous elements in the community.

“We have constituted a committee comprising members of Igwe-in-Council, the town union, Ndi Oji ani, Nze na Ozo among other relevant stakeholders. The responsibility of this committee is to verify the sale of any land in Umunya to ensure that whoever is selling any land is the rightful owner of the land as well as to save us from all these bloodsheds arising from such. It is worrisome that many of our youths do not want to engage in anything meaningful except for the sale of land. If this development is left unchecked, it may get out of hand,” the traditional ruler fumed. 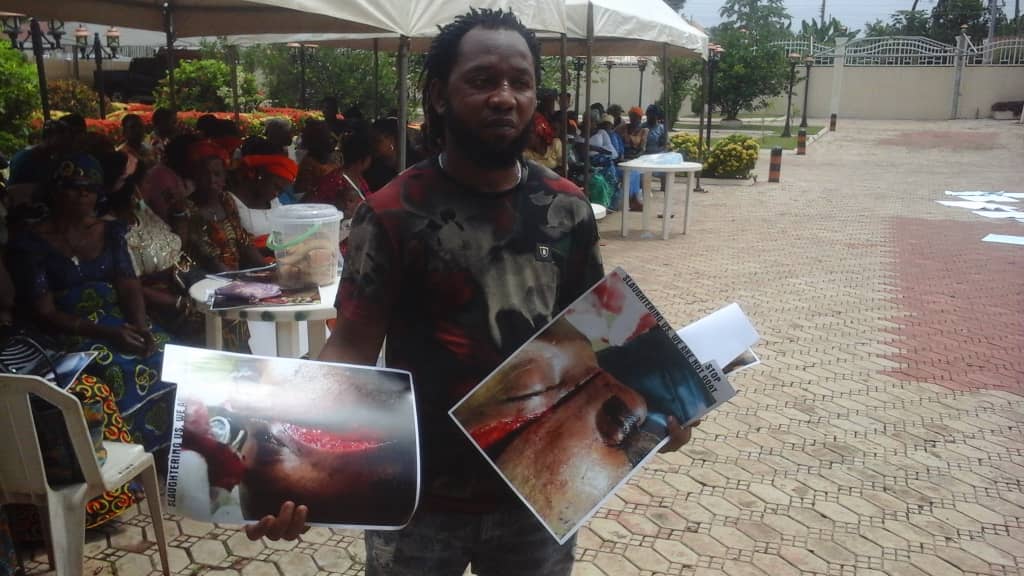 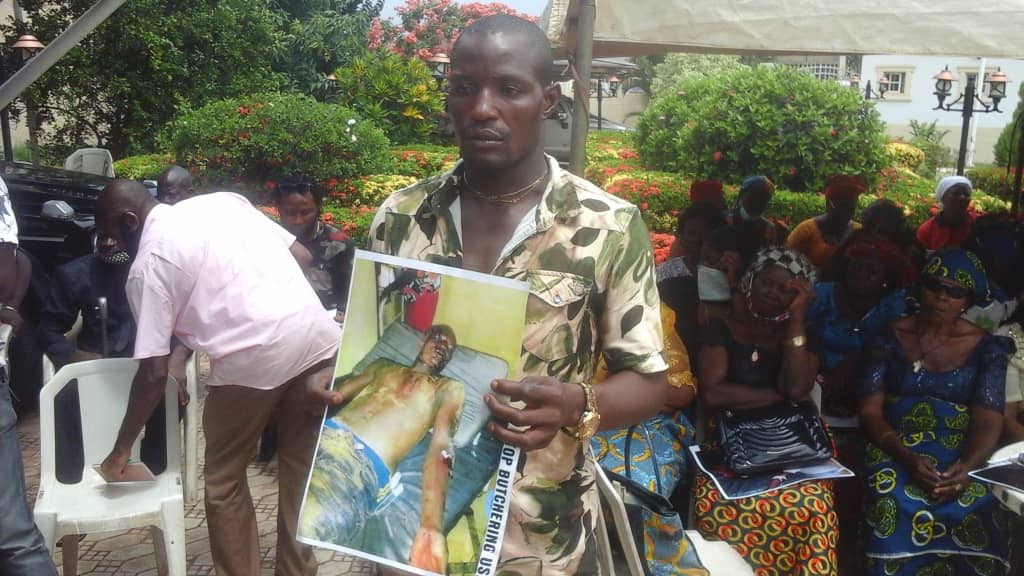 The President General of the Town, Kenneth Okafor and the women PG, Francisca Ezeakor while describing the actions of the errant women as sacrilegious, said the town union will take decisive action against them to serve as a deterrent to others in the community.

They expressed high regards for the traditional ruler for how he had administered the affairs of the community especially the violence arising from the illegal sale of lands, noting that his wisdom had ensured that no life has been lost as a result of the challenges.

Meanwhile, women and youths of Ezi-Umunya had on Friday led a peaceful protest to the palace of the traditional ruler and security agents, to protest what they described as continual maiming of their people by some indigenes of the villages.

The protesters bore gory pictures of victims of the numerous maiming, resulting from the land issue as well as placards with inscriptions, calling on the traditional ruler, the state government and security agencies to save them from the hands of their oppressors.
Chairman of Ezi-Umunya village, Obinna Okonkwo revealed how they have been living in fear because of the activities of cultists who have been hired from outside the community by their oppressors, to suppress their clamour for their illegality to stop.

“Ezi-Umunya is not a centre for cultism. Yesterday, thugs invaded our village again. Our women are now living in fear because of these people. These are people who we know that do not have anything meaningful doing but they are building houses with proceeds from the sale of communal lands. We sincerely appeal that the government and the town leadership comes to our aid,” he pleaded.

Some survivors of past attacks including Samuel Aniebonam among others lamented that the maiming was too much, regretting that the perpetrators of the dastardly act have continued to unleash mayhem on their people.

They accused the Police of collecting bribe to release suspects arrested in the past, only for them to return and continue causing more trouble in the community, acknowledging that they are willing to forgive the wrongs done to them for peace to reign but on the pretext that such will never repeat itself.