Enumeration and marking of all buildings abandoned for a long time is to commence across Anambra State very soon.

The initiative which will be driven by the state chapter of Nigerian Institute of Building (NIOB), is to identify structurally-deficient buildings which are mostly occupied by squatters, thereby eliminating indiscriminate collapse of such buildings.

The Anambra Chapter Chairman of the Institute, Alex Chukwunwike disclosed this when they embarked on an on-the-spot assessment of the site of an uncompleted building in Umuota village Obosi, whose partial collapse resulted in two deaths over the weekend.

According to him, an assessment carried out on the collapsed building showed that all the materials used on the project which has no roof, have failed.

“We have seen that the integrity of that building has been compromised. It was built and not protected because there were no roofs and the effects of weathering took its toll on the materials used for the building. We also observed that local stones were used that spoil over time without protection. Also, some of the reinforcements especially at the critical parts, had no anchors. So, as soon as those elements fail due to weathering, the anchors detached and collapse was imminent,” he said.

Chukwunwike also observed that no professional builder was involved in the building project, considering the kind of work done and the mixture used for the building.

“It is clear that no professional builder was involved in this project from all we have seen about the anchors and the mixture used. People need to build wise by engaging registered builders so that the buildings can yield the expected value. There is no gain in cutting corners to build only to lose the entire project. So my advice is that developers engage professionals to avoid such incidents,” he opined.

A past Chairman of the Institute, Ifeanyi Anyanechi harped on the need for the state government to act fast and demolish the partially collapsed building immediately as it constitutes a death trap.

According to him, “It was a case of negligence on the part of the developer and those who built it. We can see the loss this act of negligence has caused. A couple died as a result of this, leaving six children behind. That’s painful! And the most worrisome part is that there are other squatters still inhabiting the structure. Therefore, the government has to act fast and demolish this structure, so that we don’t record more loss of lives here.” 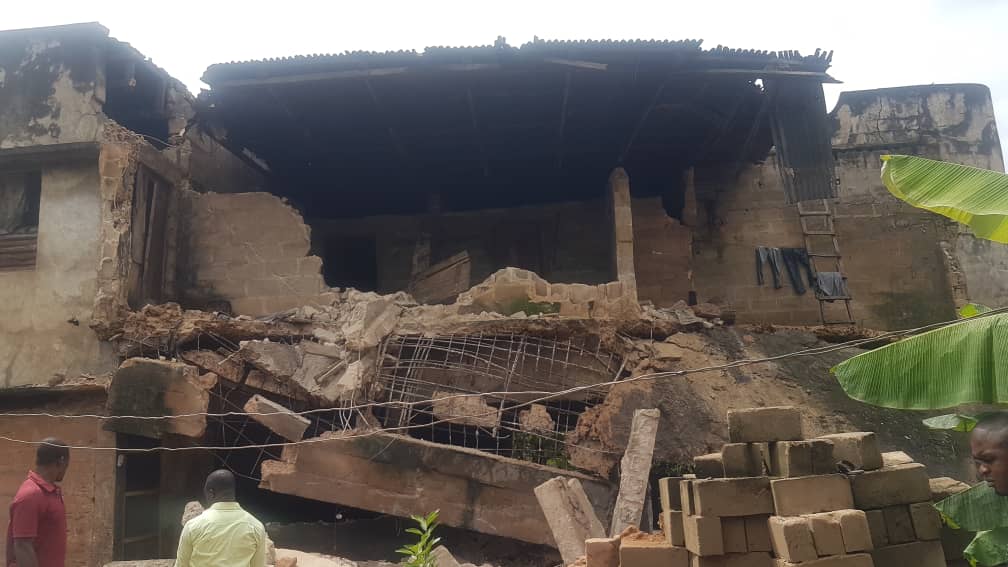