Anambra 2021: Soludo to sweat out APGA candidacy as Akachukwu steps in

The calm that had engulfed the Anambra State Secretariat of the All Progressives Grand Alliance (APGA), ahead of the 2021 Governorship election campaigns in the state, was on Friday distorted as a former National Secretary of SURE -P under the PDP government, Chief Sullivan Akachukwu threw his hat in the ring.

While the state headquarters of most political parties such as the PDD and the APC, has been a beehive of activities in view of the upcoming campaigns, that of APGA has experienced undue calm.

This, TNC gathered, was as a result of a silent assumption even within party faithful, that former Governor of Central Bank of Nigeria, Professor Chukwuma Soludo has been anointed and will emerge the consensus candidate of the Party for the 2021 Governorship election in the state.

But on Friday, Akachukwu, an APGA member from Okija Ward One in Ihiala Local Government Area of the State was joined by supporters on his visit to the leadership of the party at the corporate Headquarters of the party in Awka.

Speaking during the visit, Chief Akachukwu, maintained that the only way Ndigbo could grow, expand and blossom globally as a people, was to uphold the legacies of late Dim Chukwuemeka Odumegwu Ojukwu who was the founding father of APGA.

Late Iyasere was a politician with principles – Okowa

The aspirant, who said that APGA, represents everything that is good for Ndigbo, noted that he believes in APGA’s ideology and had been working for it even while he was in PDP.
“I have been a supporter of APGA in Anambra State even while I was in PDP. This was because I realized that in Anambra, APGA has been instrumental in building a stable state for our people. We can boast of many positive things as Ndi Anambra because of the intervention of APGA. That was what caught my attention and got me attached to the party. There was also the ideology of the late Biafran warlord, Dim Ojukwu who believed in Igbo oneness and prosperity. These are timeless virtues that our people have come to imbibe and which I too, got endeared to,” he said. 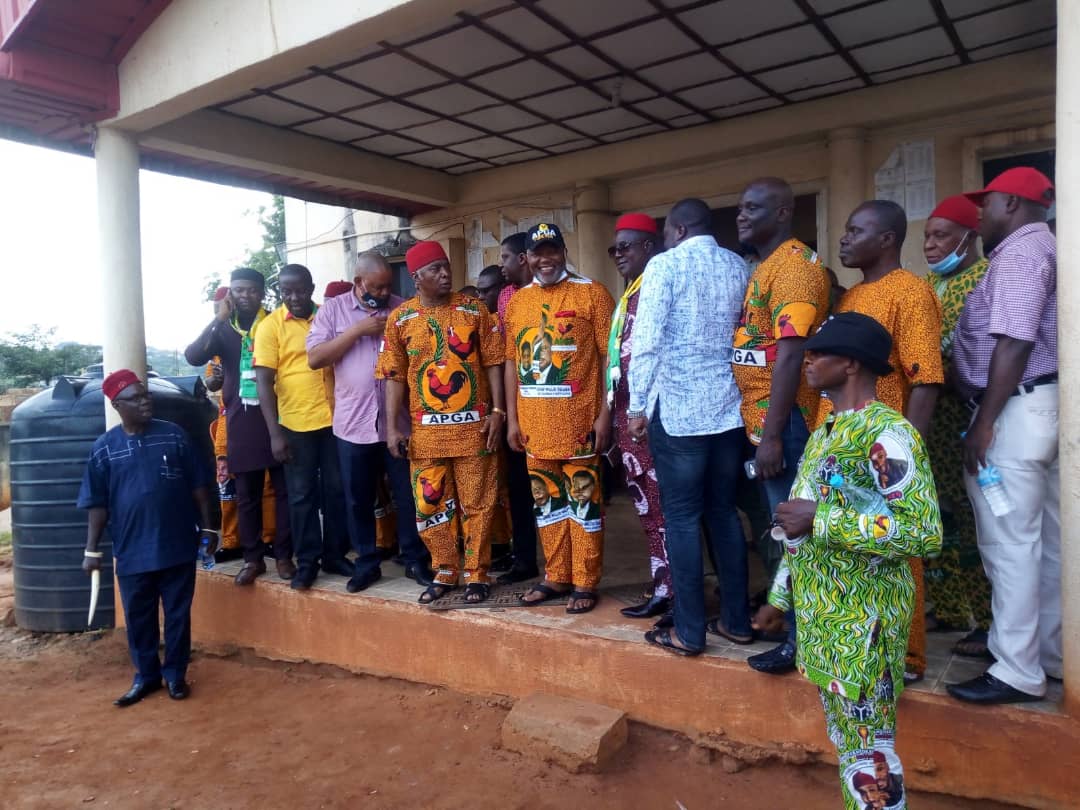 Akachukwu harped on the need for Ndigbo to build APGA into a solid political front they can use to connect to Nigeria federation and seek for better bargains at the centre.
While pleading with the APGA Leadership to support his ambition, Chief Akachukwu, promised to remain obedient to the party’s constitution, uplift the Party’s flag higher and above all, work towards the peace and progress of the Party at all times.

Receiving the aspirant and his numerous supporters, the State Chairman of APGA, Chief Norbert Obi said Chief Akachukwu was the first aspirant who has visited them and made his intention known to contest the 2021 Governorship election under APGA, promising that they would accommodate him in the race and thanked him for the bold step.

Chief Obi, who said that the Leadership of the Party would maintain a level playing ground for all aspirants irrespective of status, reminded the aspirants of the need to imbibe the spirit of sportsmanship.

The Secretary of the Party in the State, Barrister Anthony Ifeanya, said APGA remains the party to beat in the 2021 election in the State, noting that the party will conduct its primaries in keeping with the zoning arrangement in the state.

Late Iyasere was a politician with principles – Okowa