Ahead of 2023, Zoning Causes Unease in Cross River as 2 Senators Clash

by Akanimo Sampson
in News, Politics
0 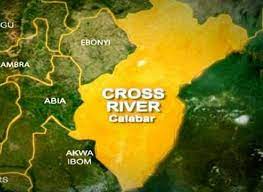 A seeming political crisis is brewing in Cross River State over zoning ahead of the 2023 power tussle. Emerging signals tend to indicate that the power struggle will be quite explosive.

At the bottom of this emerging conflict is the zoning of the governorship slot of the state. With the North ending its turn in 2023, it is expected that power will again revert to the South, thereafter the Central and North again.

But, it seems there are forces that are eager to scuttle the political deal.

Speaking to attendees at Calabar Declaration Conference recently, Bassey reminded them that zoning and equitable distribution of offices for election and appointments is what has maintained stability in the state over the years.

While he is calling on all political parties in the state to zone their 2023 governorship candidate to Cross River South Senatorial District, Jarigbe swiftly disagreed in a post on his verified Facebook.

He is arguing that previous elections in the state have always been won by conquest and not by zoning, and that power is not donated. He is, therefore, challenging any aspirant who wants to be governor of the state in 2023 to get on the field and prove his or her worth to the electorate and stop relying on zoning to get to power.

It is with immense gratitude that I thank the organisers and committees that have been set up for the actualization of this stakeholder and leadership meeting of Cross River Southern Senatorial District. It gladdens my heart to see us united in the pursuit of equity, fairness and justice for all the people of Cross River State.

Our forebears knew that it is only fairness that brings stability to a people that is why they laid down an equitable and just road map in the Calabar-Ogoja Accord. They knew that it is only through equity and fairness that the people of Cross River can enjoy strength in their diversity and remain as one. It is still on these grounds of fairness, equity and good conscience that we stand today.

Section (14)(3) of the 1999 Constitution clearly states the need for zoning and power rotation to ensure national cohesion in our nation, Nigeria.

Article 20(iv)(e) of the All Progressives Congress APC Constitution, also provides for the principle of federal character and rotation in nomination or appointment.

My brothers and sisters, the Nigerian Constitution, the Peoples Democratic Party Constitution, the All Progressives Congress Constitution, all provide for equity and fairness in the nomination of candidates for election and appointment. Therefore, the continued rotation of the Governorship seat to the Southern Senatorial District by all political parties in Cross River State is the way forward in 2023.

I, therefore, lend my full support to the Calabar Declaration and join the vast majority of Cross Riverians to support the rotation of Governorship to the Southern Senatorial District come 2023. This is symbolic of the journey of love and brotherhoods that is Cross River State.

God gave me the grace to clinch the Senate seat by CONQUEST, not through Zoning. Some of those who fought against me and the Zoning to Ogoja, are now crusaders of Zoning. You all forgot that Ogoja never had an opportunity of producing a Senator before I fought and emerged, against all odds.

Anyone who wants to be Governor of Cross River State in 2023, should get into the field and prove his or her worth to the electorates. That includes even the North of Cross River State. Power is not donated to anyone or group. I am not an ethnic jingoist but a crusader of good governance and effective representation. No one can have his cake and eat it. Let us get practical in the field.

A puzzle: What if Senator Owan Enoh defeated Governor Ayade in 2019? What if Dr. Etim Nyong defeated Governor Imoke in 2007? Let’s tell ourselves the truth; it has always been by CONQUEST, except in  2015, when Governor Imoke had to go out of his way, to limit the aspirants for Governorship to the North of Cross River State, on the platform of PDP and other political parties followed that direction. In 2023, will people not run for the Senate seat from other LGAs in Cross River North? Is it possible to limit participation to Ogoja LGA?

How many people stood with me against Governor Ayade, even when they all knew Ogoja had been deprived of the Senate seat, since the advent of democracy? Most contemporary politicians stood by Governor Ayade and tried to make a mockery of me, but for the intervention of God, using men of strong will and character.

Thanks to those who stood by me against all odds. Let us all work hard and give our State the best, across party lines and put a stop to divisive inclinations.

Politics is a game of wits. Let us get competitive and allow the democratic will of our people to prevail.