Robert Nesta Marley was born on 6 February 1945 at the farm of his maternal grandfather in Nine Mile, Saint Ann Parish, Jamaica, to Norval Sinclair Marley and Cedella Malcolm. His father (who died when Marley was just 10 years old) was an Englishman who worked as a plantation overseer and his mother was Jamaican.

Marley left Nine Mile with his mother when he was 12 and moved to Trenchtown, Kingston. This change of environment proved to be crucial to Marley’s musical learning experience. He eventually began his professional career in 1963, after forming Bob Marley and the Wailers. The group released its debut studio album The Wailing Wailers in 1965, which contained the single “One Love/People Get Ready”; the song was popular worldwide, andestablished the group as a rising figure in reggae. 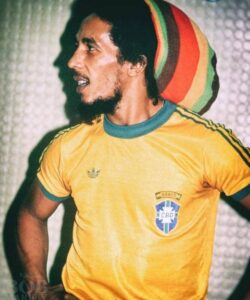 On the 3rd of December 1976, Marley’s rising reputation and his life were almost cut short in one clean swoop. Two days before “Smile Jamaica”, a free concert organised by the Jamaican Prime Minister Michael Manley in an attempt to ease tension between two warring political groups, Marley, his wife, and manager Don Taylor were wounded in an assault by unknown gunmen inside Marley’s home.

Taylor and Marley’s wife sustained serious injuries but later made full recoveries. Marley received minor wounds in the chest and arm, but insisted on carrying on with the concert. When asked why, Marley responded, “The people who are trying to make this world worse aren’t taking a day off. How can I?” Such was the bravery and commitment of Bob Marley! 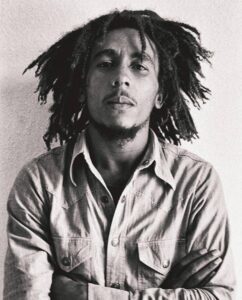 Until his death in 1981, he remained committed to his values and principles. After being diagnosed with acral lentiginous melanoma (cancer of the toe), Marley rejected medical advice to have his toe amputated (which would have hindered his performing career), citing his religious beliefs, and instead, the nail and nail bed were removed and a skin graft was taken from his thigh to cover the area. His stubbornness may have cost him his life, but his desire to live life on his terms is undeniably admirable.

His last words are believed to be “money can’t buy life”. Even in his final moments, the ever philosophical Marley drop one last quote to last a lifetime.

He will forever be remembered as the football-loving, marijuana-smoking, freedom-fighting, love-spreading, Rastafarian firebrand the world loved. A man of unshakable principle.