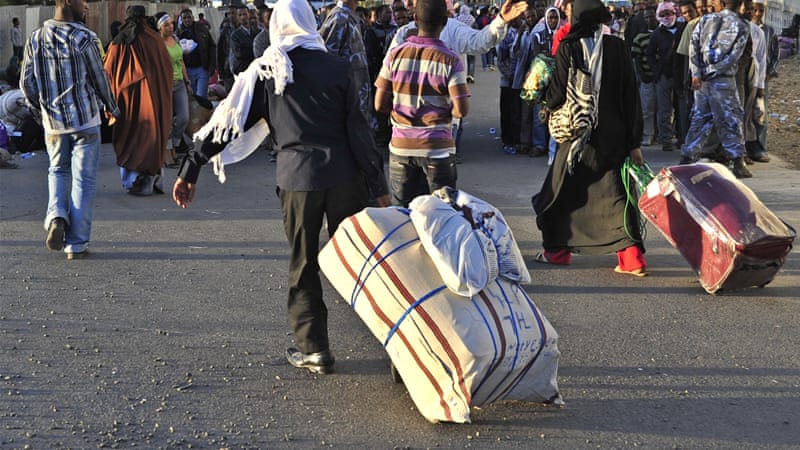 Around nine million African migrants, representing some three per cent of the total population, of the continent move around the member-states of the Economic Community of West African States (ECOWAS), a United Nations agency has said.

The UN agency, International Organisation for Migration (IOM) said on its website, ‘’this is the largest total migrant stock in Africa, and it moves internally, intra-regionally, continentally and internationally. West Africa also concentrates the highest number of intra-regional migrants and, to a lesser extent, migrants moving towards Northern Africa and Europe.’’

Labour mobility has significantly increased over the last decade. Following the regional economic integration and economic cooperation, a growing number of West Africans left their home countries in search of better opportunities. Estimations indicate that South-South migration accounts for more than half of all migratory movements within the region.

According to the IOM website, countries in the Sahel have received a large influx of returnees, as well as arms, from Libya. The most visible effects of these destabilising elements observed are in Mali, but its neighbouring countries have also been affected. The situation in northern Mali has led to the displacement of people internally and regionally, with consequences for regional migration, border management and community stabilisation. Niger is also witnessing the arrival of migrants from around the region attempting to reach Libya who are being expelled at the border, as well as returnees fleeing insecurity in northern Nigeria.

Continuing, the website pointed out that as intra-regional mobility is limited by the dense vegetation and the lack of inter-connecting roads, the majority of migrants move to Europe or other African regions, adding, ‘’the Economic Community of Central African States (ECCAS) has a protocol of free movement and the right of establishment of its citizens.

‘’While some measures facilitating the free movement of ECCAS citizens are in place, free movement and establishment has not been a priority for ECCAS member-states. In addition, the oil windfall and the lumber industry have transformed countries such as Gabon, and Equatorial Guinea into countries of destination, with Gabon hosting the largest number of migrant workers in Central Africa.

The IOM site said migration in the West and Central Africa is characterised by the following: *The region exhibits dynamic migratory patterns and has had a long history of intraregional, as well as interregional, migration flows. West Africa provides the strongest example of intraregional migration flows in sub-Saharan Africa, with 70 per cent of migratory movements mainly linked to employment taking place within the sub-region.

* In recent years, irregular migration from sub-Saharan Africa towards Europe, and between West and Central Africa, has substantially increased. States in the region, previously considered as countries of origin, are becoming transit and destination countries, with irregular migration featuring prominently in the political agendas of most of the governments concerned.

* Labour migration plays an important role, facilitated to some extent through the existence of free movement protocols.

* Unaccompanied migrant children are a common feature. They are often at risk of abuse, exploitation or trafficking.

* Several factors highlight the need to mitigate the impact of migration on health in the region, including high levels of internal and cross-border migration, with a high prevalence of communicable diseases, a weak public health-care system and policy frameworks, weak or non-existent cross-border cooperation and collaboration mechanisms on migration and health, and a lack of data on mobility and health.

* Border management is often perceived as an exclusively national competence and responsibility. The resulting fragmentation of national approaches has contributed to mismatching and, often, incompatible border management systems and practices for countries in the region.

* Droughts, desertification, deforestation, rising sea levels, coastal erosion and flooding have increased in occurrence and severity over the last few decades. Natural disasters displace millions of people throughout the region.

* The Libyan crisis provoked the emergency return of more than 200,000 migrants, destabilising the sub-Saharan region. This put an extra burden on communities of origin, notably in Chad and Niger.

* Security has deteriorated lately, showing that Western and Central African States are generally poorly prepared and equipped, both individually and collectively, to manage crises. The Sahel and Nigeria are notably affected by terrorist activities.