The Rivers State Police Command says it lost 3 of its personnel in the violence that followed the hijack of the ENDSARS protests by hoodlums across the state.

The Rivers State Commissioner of Police, Joseph Mukan disclosed on Monday while briefing newsmen at the State Police Command Headquarters in Portharcourt on the attack on Police Stations and arrest of the perpetrators of the dastardly act.

Mukan said 3 police stations, all under Oyigbo Area Command were burnt down, while four of the hoodlums were killed in the process and 21 suspects arrested.

“On the 21st of October, 2020 at about 2130hrs, hoodlums suspected to be members of the proscribed Indigenous People of Biafra (IPOB) under the guise of #ENDSARS PROTESTS, invaded Oyigbo Local Government Area where they launched senseless and mindless attacks on the Area Command, Oyigbo and Afam Police Stations and burnt down the three Stations.

“They also went to the adjoining Eberi-Omuma LGA where they attacked the Umuebulu Police Station.

“In another attack at the Mile one Police Station the same day, the rampaging IPOB Members still acting under the guise of #ENDSARS PROTESTS made frantic attempts at burning the Station but were however repelled by the superior firepower of the Police where four of them were fatally wounded and 8 of them arrested immediately.

“In all the attacks, several vehicles were burnt and three Policemen were hacked to death and burnt to ashes,” he said. 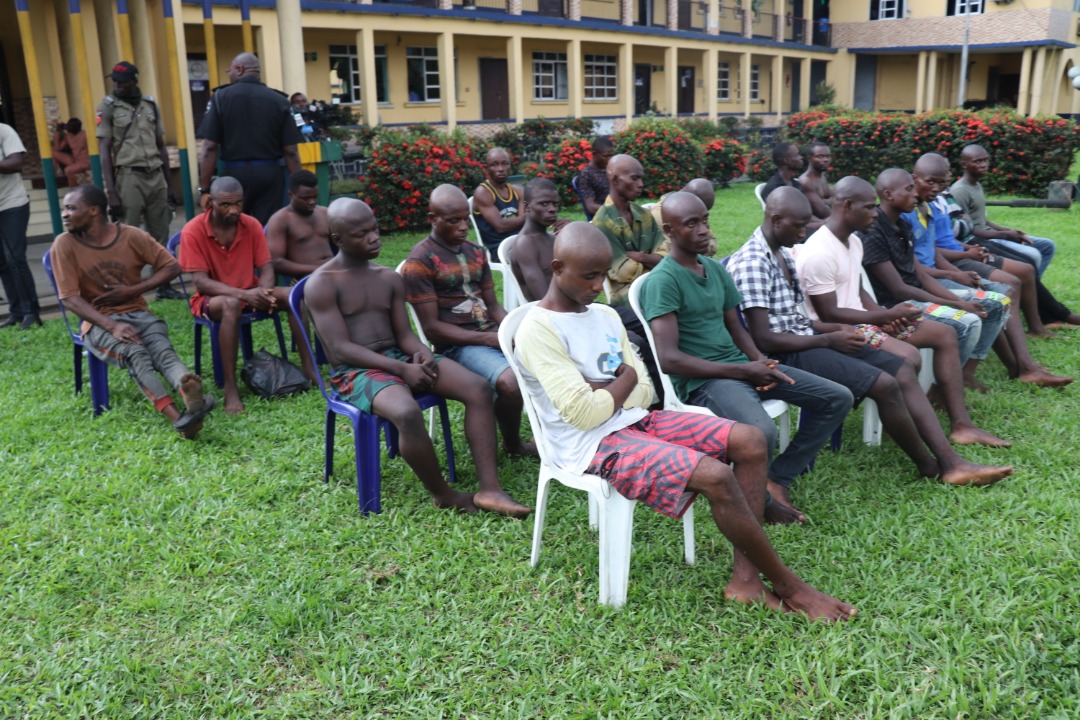 The Rivers Police boss said in the course of investigation, on Saturday, he led Commanders of the Sister Security Agencies to the scenes where they had an on-the-spot assessment of the damage done to lives and property.

“Consequently, deployments were made to forestall further breakdown of Law and order. And as we speak, there is relative peace in the Oyigbo Local government area, as we will continue to closely monitor the area amidst the curfew imposed by the State Government,” Mukan said.

He sounded a note of warning to those who find pleasure in destroying private and public property to have a rethink or face the full wrath of the law, stressing that no offender will be left unpunished.