30 senior police officers in Anambra State have received promotions following approval by the Police Service on the recommendation of the Inspector General of Police, IGP Mohammed Abubakar Adamu.Twenty-two of the senior police officers who rose from the ranks of Superintendent to Chief Superintendents of Police were today in Awka, decorated by the Anambra State Commissioner of Police, John Abang, while the remaining eight comprising two deputy commissioners of Police and Six Assistant Commissioners of Police were decorated at Zone 9 headquarters, Umuahia by the Assistant Inspector-General of Police in-charge of the zone, AIG Baba Tijani. 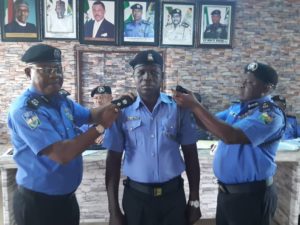 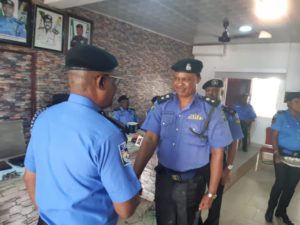 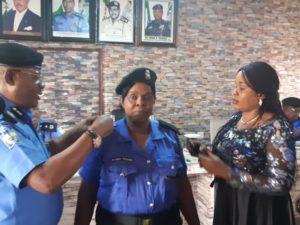 Others are CSP Frank Azubuike Amobi, CSP Edwin Chukwudi Okeke, CSP Victor Uzenna Ibeagha, CSP Philip Kehinde, CSP Jackson Nneji Amadi, CSP Celestine Chuma Anyakora, CSP Dermot Alobo, CSP Adaobi Adaora Elosia, CSP Innocent Ezeh Ofielu, CSP Sati Abari, and CSP Ngozi Rose Nwogwu.CP Abang revealed that the promotion is in line with the IGP’s resolve to boost the morale of Police officers for effective service delivery and noted that it was also based on merit, clean records of Service, seniority and dedication to duty.Decorating the promoted officers, Abang congratulated them and urged them to reciprocate the gesture by the IGP by redoubling their efforts towards discharging their duties in accordance with internationally acceptable best practices,Abang warned them to desist from corrupt practices and professional misconducts but to always portray the Force in a positive light.Responding on behalf of the newly promoted Officers, CSP Samuel Nwachukwu thanked the IGP and the Police Service Commission for finding them worthy of the promotion and promised not to fail in the discharge of their duties.